When the Almond Board’s research program began in 1973, one of the first projects funded was traditional almond breeding research. Focused on improving almond varieties and rootstocks, this research has been ongoing with University of California experts each year since, and aims to develop high yielding almond trees that produce high quality nuts with favorable agricultural traits like low susceptibility to pest damage and freedom from hereditary problems.

Over the last few decades, an important goal of the breeding program has come to include self-compatibility, or almond tree varieties that don’t need a different tree variety’s pollen to produce a crop.

Traditionally, almond orchards are planted with multiple almond varieties in alternating rows, necessary for cross-pollination between varieties and successfully setting a crop. When the trees bloom each spring, honey bees move pollen among the different varieties in adjacent rows to pollinate almond blossoms, which, once fertilized, become the almond kernels that we all love to eat. However new self-compatible almond varieties, being planted across the Central Valley, are changing this formula.

Without the need for cross pollination, self-compatible almond varieties can be planted alone in an orchard. For almond growers this means increased efficiencies and reduced environmental impacts through fewer potential pesticide sprays during bloom, a single harvest instead of two or three, and decreased reliance on honey bees for pollination.

It’s important to note that although using self-compatible almond varieties will reduce the need for honey bees, it does not mean honey bees are no longer needed during almond bloom. A number of factors – biological, environmental and the structure of the flower – determine a tree’s ability to self-pollinate and set a crop. Even with self-compatible varieties, honey bees can ensure maximum crop set because bees consistently transfer pollen within each flower – something that is still necessary to pollinate a self-compatible almond bloom. However, because pollen no longer needs to be transferred between different trees, the number of hives required for pollination is reduced. 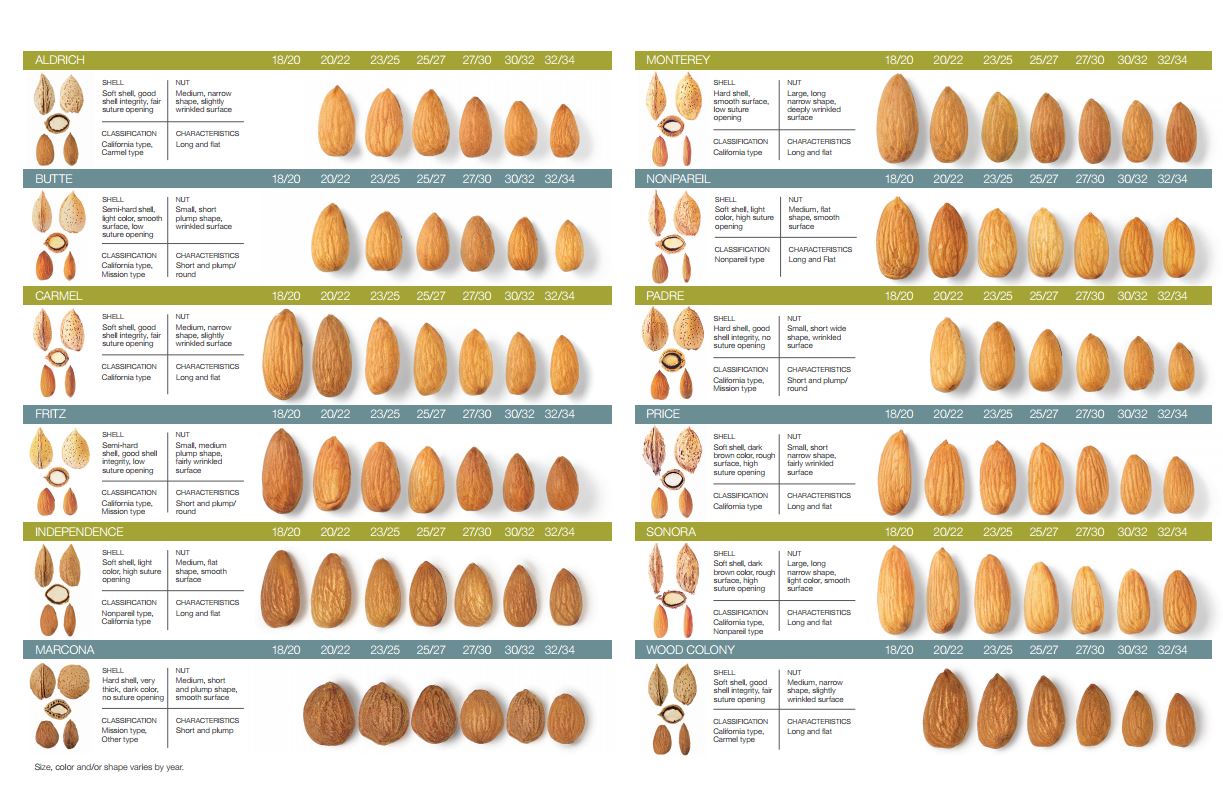 According to the USDA-NASS 2015 California Almond Acreage Report, the main commercially available self-compatible almond variety occupies under 2% of the total California almond acreage.1 With a vast majority of the California almond orchard landscape still planted in traditional varieties, worries that almond growers are giving up on bees are unfounded. Just take a look at the Almond Board’s production research program.

The same research group that has been investing almond industry dollars in traditional almond breeding research since 1973 has and continues to fund more honey bee health research than any other crop or commodity group.2 In fact, since making honey bee health a research priority in 1995, the Almond Board, through its production research program, has invested over $2 million in 100 research projects.

When it comes to growing almonds, the California almond community is committed to sustainable3 practices, and self-compatible almond varieties can play a part in that. By increasing efficiencies and continuously improving, almond growers are paving the way for almonds to be an economically, environmentally and socially responsible crop for California.