National Ag Day, observed on March 21, celebrates the abundance provided by agriculture and recognizes the many contributions it brings to our everyday lives. This year’s theme, Agriculture: Food for Life, reminds us of the fundamental fact that food is vital to survival, by which agriculture is part of all of us.

The Almond Board of California celebrated agriculture last week with a booth at Ag Day at the Capitol on March 22 in Sacramento. The event brought together farmers, processors, crop groups, and more, so the public could learn about the significance of agriculture in our lives.

Over 1,000 people attended Ag Day at the Capitol, where visitors to the Almond Board’s booth learned about the California almond community’s commitment to growing almonds that are not only good for you, but also good for local communities and the environment. Almond recipes and children’s activity books were on hand for booth visitors and of course, snacks in the form of delicious California Almonds!

Elected officials and their staff also toured the event and several stopped by to visit at the Almond Board booth. When Assembly member Rocky Chavez of Oceanside dropped in, he shared stories of working in almond harvest during his college days at California State University, Chico. 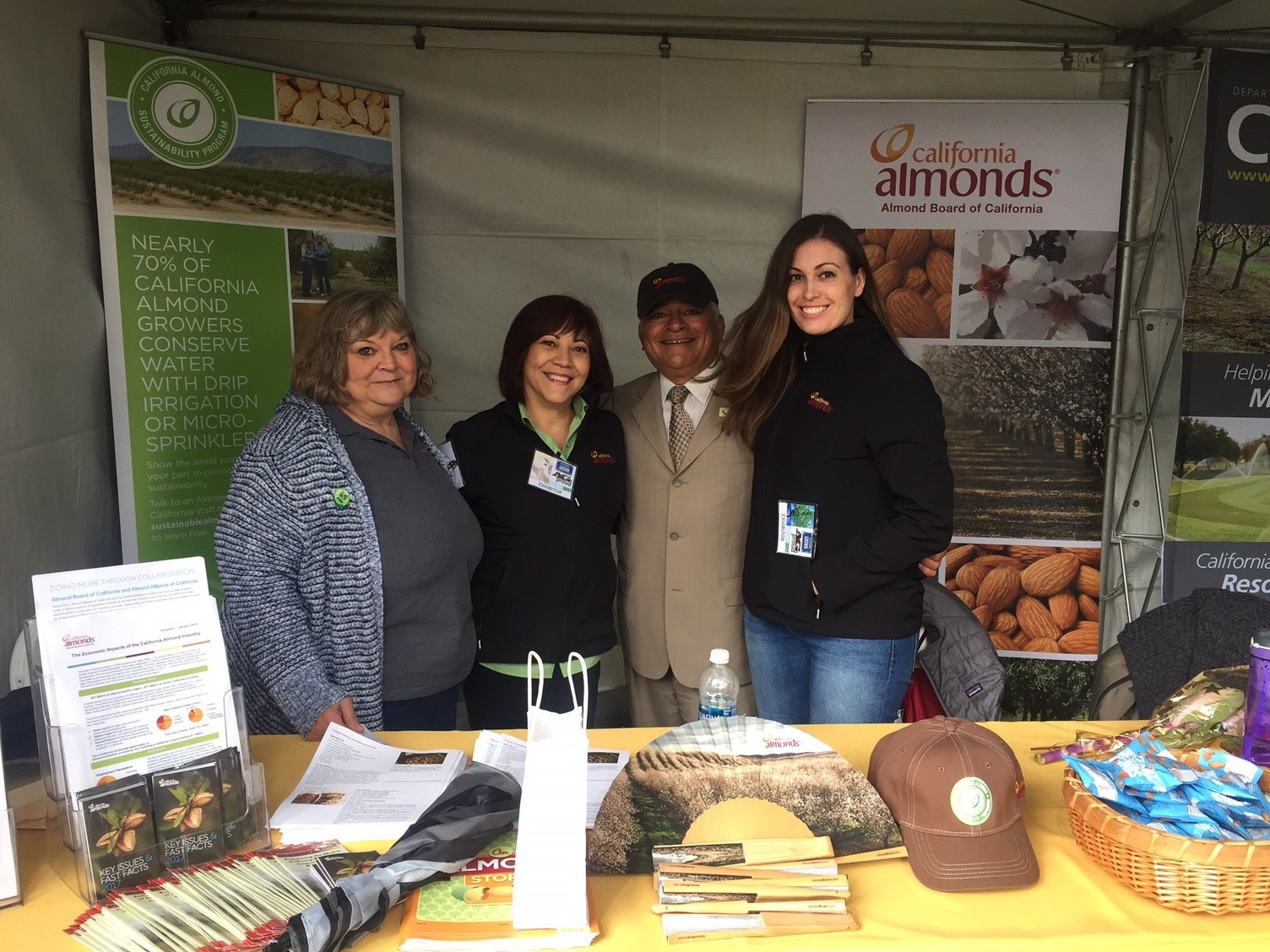 The Almond Board recently invested millions of dollars a year in research exploring next-generation farming practices, including whole almond orchard recycling research, on-farm groundwater research, and much more. California Ag Day was an opportunity to discuss these research initiatives with the public, as well as answer questions about the role of the almond industry in California agriculture and the many benefits our community provides beyond growing heart-healthy almonds.1

“Ag Day at the Capitol is such a great event because we get to share almonds and our community’s story with so many people,” said the Almond Board’s Government Affairs Analyst, Bunnie Ibrahim. “I’d say the best part is that the visitors all tell us how much they love almonds! That’s always so nice to hear.”

1Good news about almonds and heart health. Scientific evidence suggests, but does not prove, that eating 1.5 ounces of most nuts, such as almonds, as part of a diet low in saturated fat and cholesterol may reduce the risk of heart disease. One serving on almonds (28g) has 13g of unsaturated fat and only 1g of saturated fat.