From Almond Farm to Top of the World

From Almond Farm to the Top of the World

John Stenderup will be a keynote speaker at the 2019 Almond Conference. He’ll be sharing his epic mountain climbing adventures and how those challenges relate to issues facing the almond community at his talk, “Pushing Your Personal Limits,” on Wednesday, December 11 from 12:30-2:00 p.m.

The almond community is always doing exciting things! During the summer of 2018, only 15 months after climbing Mount Everest, John Stenderup – of an almond farming family in Arvin, CA – was the 21st American to successfully climb K2 in Pakistan. With this feat he became one of only 7 Americans to have summited Everest, K2, and the world’s fourth tallest peak, Lhotse.

"The mountain was so hard, so relentless,” recounts John, discussing K2. “At no point was there an easy part to the mountain – the easiest part of K2 was harder than the most difficult part of Everest." In describing the 28,251-foot mountain, John says, “it’s called the mountain of mountains, the savage mountain, and the holy grail of mountaineering."

Everest has been climbed by more than 5,000 people, while less than 400 have summited K2. John reflects on his journey up the mountain on his blog:

“Before I took my position in line, I found myself gazing blindly at the horizon and soaking in the scene as the sun began to expose the Karakoram Range. It was beyond incredible and unlike any mountain range that I have ever seen in my life. The peaks were like blades cutting into the sky and so dramatic that they looked like something from a fictional movie, such as The Lord of the Rings. I must have been hypoxic and lost track of time because before I knew it, Geoff was asking me if I was ready. I turned around and started what would be a long slog up the final few hundred feet.” 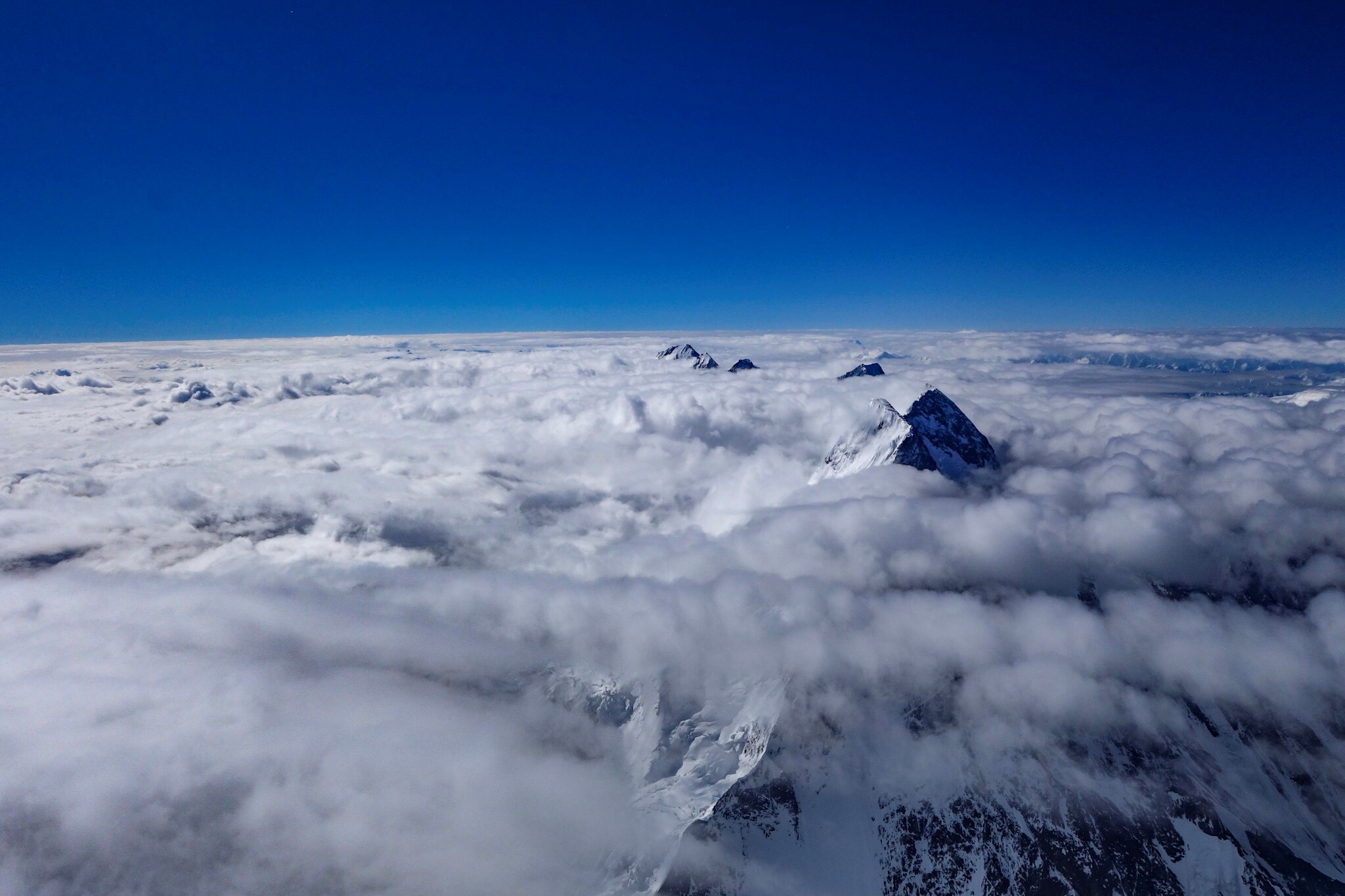 John says his mother’s sense of adventure and his father’s background in farming and preparing for the unknown laid the foundation for his mountain climbing endeavors.1

John’s great-grandfather and great-great uncle started the Stenderup’s farm in 1924. John’s father, Kent, took over in the 1980s and, with other family members, continues Stenderup Ag Partners, growing almonds, grapes, tomatoes and carrots. Like over 90 percent of the California almond community, Stenderup Ag Partners is a multigenerational family farm. While John doesn’t work on the farm today, he is still involved in agriculture, serving as a supply chain consultant for C.H. Robinson in Monterey. Using his degree in agricultural business from Cal Poly, John now helps produce and perishable food shippers navigate the global supply chain.

“At 6:40 AM on July 22nd, I stepped onto the summit of K2, the second tallest mountain in the world...I gave Jesse a hug as he reached the top and then it all began to hit me, so I sat down on my pack and just began to stare out over the horizon while the rest of my team celebrated. I reached into my inner collar pocket of my down suit and pulled out my satellite phone to call the one person that needed to hear my voice. When I heard my Mom’s anxious voice on the other line say, ‘John! Is that you???’, I immediately lost whatever limited composure I had at the time and responded with the most controlled, ‘Yes, Mom, I made it,’ that I could muster. The sound of pride in her voice during our brief conversation was like nothing that I have ever experienced, and it is without a doubt the proudest moment of my life.” 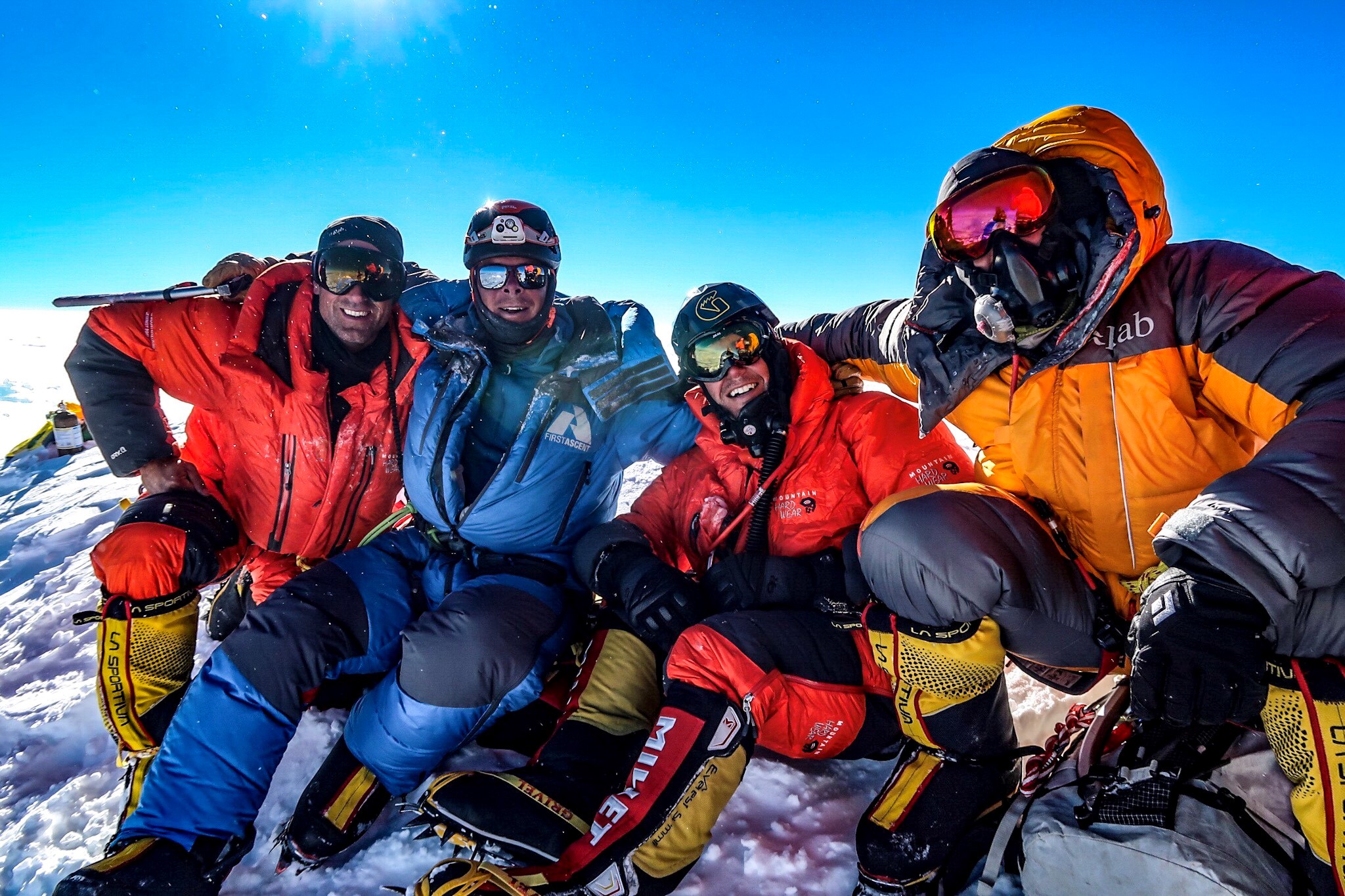 To learn more about John’s journey, check out his blog johnstenderup.com or, if you happen to be at The Almond Conference next week, stop by his talk on Wednesday!

All images sourced from johnstenderup.com.

1C.H. Robinson YouTube Account. From Arvin to Everest: The Story of John Stenderup and His Inspiring Journey to the Top of Mountains. 2017.

2Tim Linden, The Produce News. Generation Next: John Stenderup of C.H. Robinson on the Ascent in More Ways Than One. 2015.