According to the most recent USDA Agricultural Census, there are around 6,800 California Almond farms,2 many owned and operated by third- and fourth-generation farmers who live on the land and plan to pass it down to their children and grandchildren.

One of these family farms is Vann Family Orchards in the Sacramento Valley – led by Blake Vann, his father and uncle, and other family members. The Vann family farms almonds, walnuts, and row crops including tomatoes, garlic, sunflowers, and beans.

As orchard manager, Blake understands the importance of being engaged in his community, serving on the board of directors of two local water districts. And given the family’s nearly 100 year history of farming in the area, Blake also ensures that water is used sustainably and efficiently with each of their almond orchards using drip irrigation.

Drip irrigation systems are designed to conserve water by applying it directly to where the crop needs it, rather than to the entire field, with added benefits of saving energy, decreasing water runoff, minimizing waste, and allowing for precise timing and rate of irrigation. Plastic irrigation hoses are placed along each tree row drip with water slowly dripping out of small emitters onto the soil’s surface just above the tree’s roots ensuring nothing goes to waste. 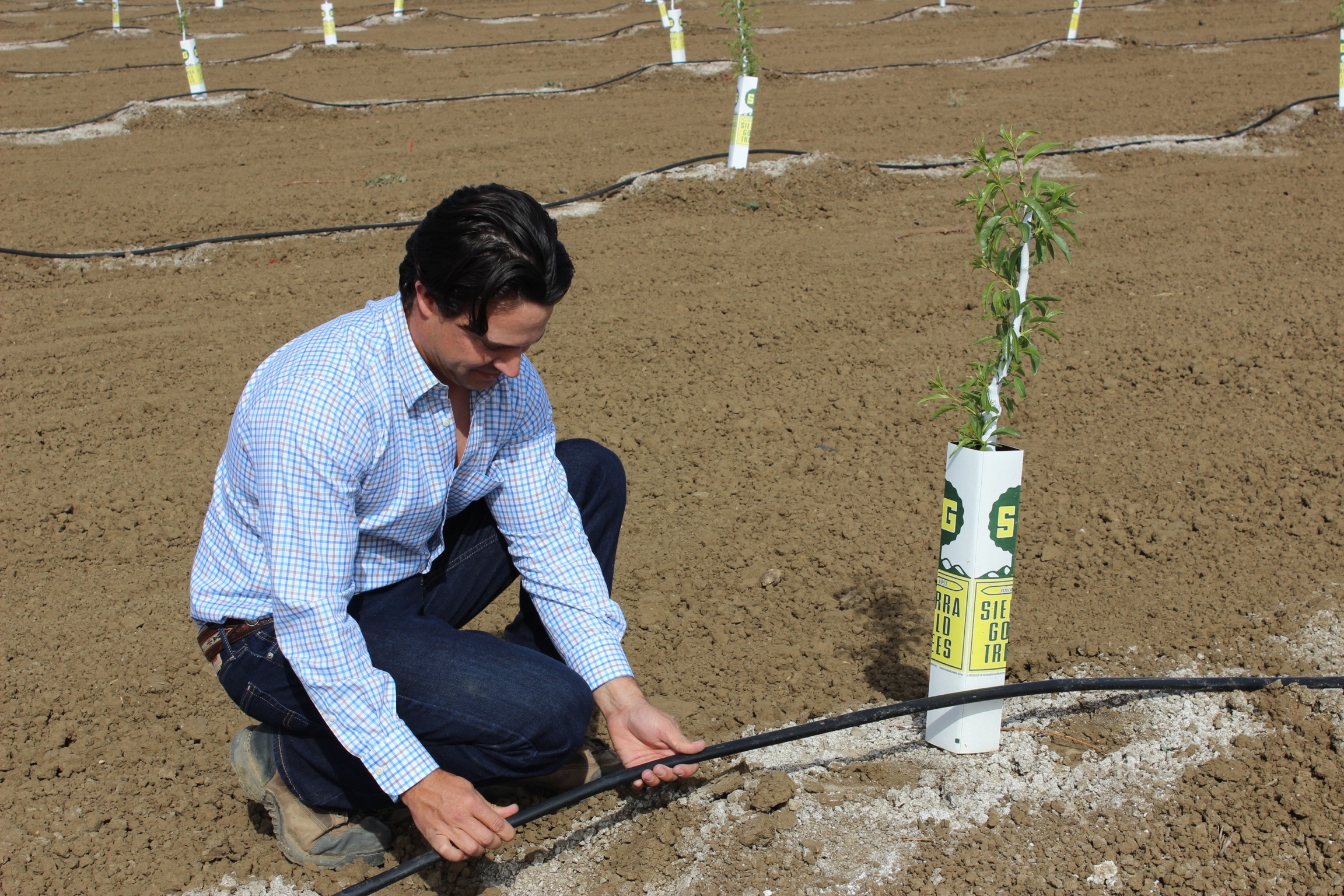 “The drip system saves energy because it uses less water to irrigate the same crop while taking water and nutrients right to where the demand is,” says Blake.

What’s more, the pumps that power the irrigation system “use energy efficient variable-frequency drives to start up slowly and only pump the water necessary for a given block,” Blake adds.

Drip irrigation is one of two types of microirrigation that have been widely adopted by California almond farmers since the 1990s. Currently, almond farmers report using microirrigation in more than 70 percent of orchards, well above the California state average of 42 percent of farms.3,4 The adoption of this technology has been a key component in the water efficiency gains resulting in a 33 percent reduction in the amount of water needed to grow a pound of almonds over the past two decades.5 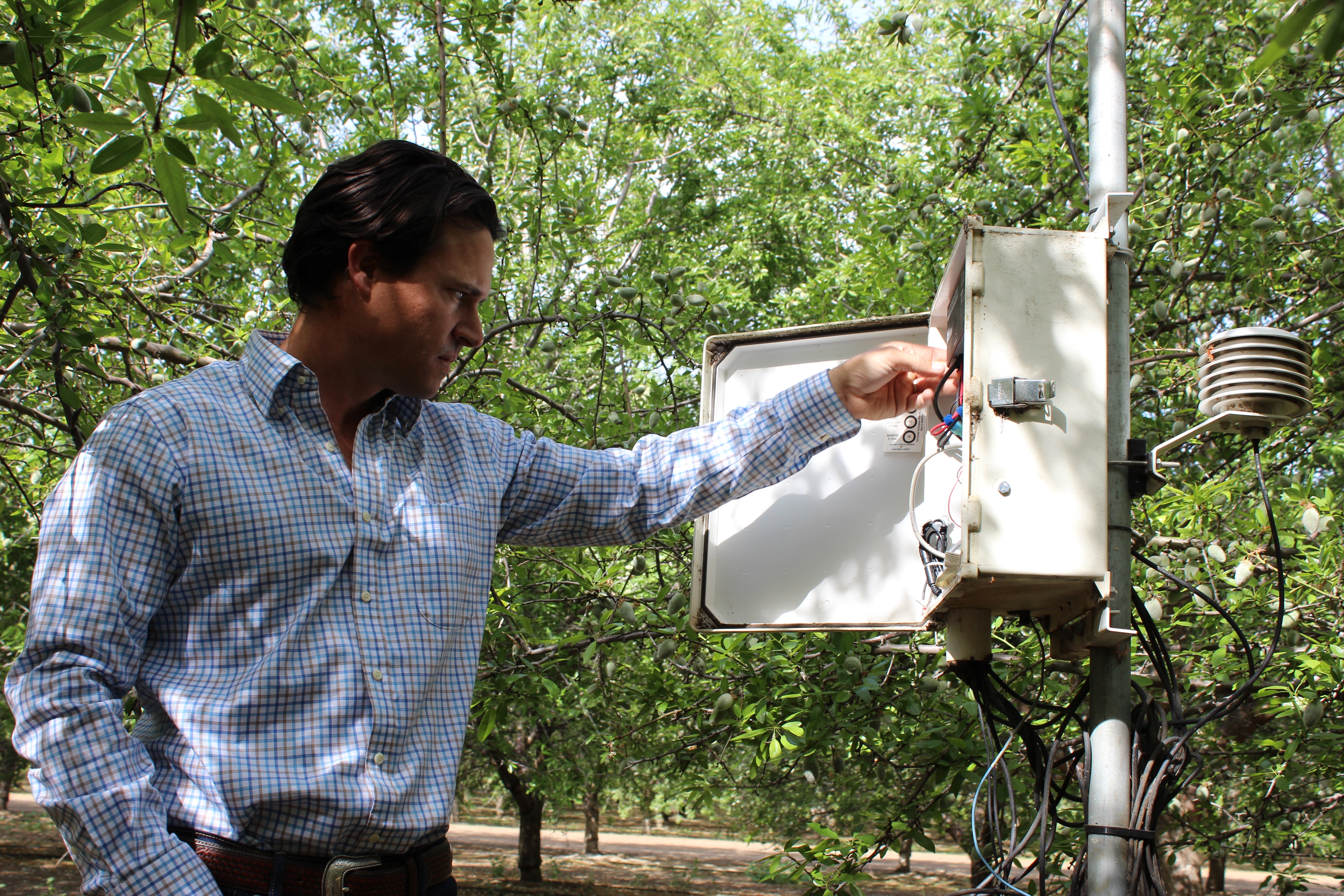 Almond farmers recognize the need to carefully manage resources for current and future generations and offer continued work for their employees while protecting their families, neighbors, local communities, and the environment.

“Our goal is to keep everything running efficiently,” Blake concludes. “How can we do more with less? This is what keeps me going. We’ve increased yields by about 30-50%, with the use of 40-50% of the water we used to use, thanks to 100% drip. Growing up out here, I do my best to take care of the land and its resources.”

In this video another family farmer, Danielle Veenstra, explains how her family utilizes microsprinklers, another type of microirrigation, in their almond orchard.