Stewart & Jasper Orchards is a family-owned almond farming and processing operation near Newman, California. Founded in 1948, it is now managed by second and third-generation almond farmers, Jason Jasper, and his father Jim.

The orchard is on the leading edge of sustainability with involvement in the North Valley Regional Recycled Water Program and a seven-acre solar park that produces one-megawatt of electricity, powering much of their facility.

Not only does Stewart & Jasper handle almonds for over 150 growers, they farm several almond orchards of their own. Their integrated operation hulls, shells, processes, and markets almonds to California – and the world – through both wholesale and retail channels.

In addition to traditional almonds, Stewart & Jasper is a leading producer of green almonds, a seasonal delicacy and niche market with a limited but loyal following. Also found at select farmers’ markets and produce distributors, green almonds are available for about an eight-week period in spring, usually from early April to late May.

Green almonds have fuzzy outsides with insides ranging from soft and jelly-like to smooth and creamy, depending on when they’re harvested. They have a distinct but subtle flavor that is described as delicate, grassy, and fruity -- reminiscent of a cucumber -- turning more nutty the later they are harvested. The first green almonds are usually picked around April 1, and are in a gelatinous state that can be consumed whole – including the hull. During the later stages, the kernel has firmed up and the hull and hardening shell must be removed.

The green almonds at Stewart & Jasper are handpicked each year to meet demand, preferably from younger orchards where they’re easier to reach on the trees. Jasper said the company typically ships 5,000 to 6,000 pounds of green almonds each year – a small number relative to the orchard’s overall production. 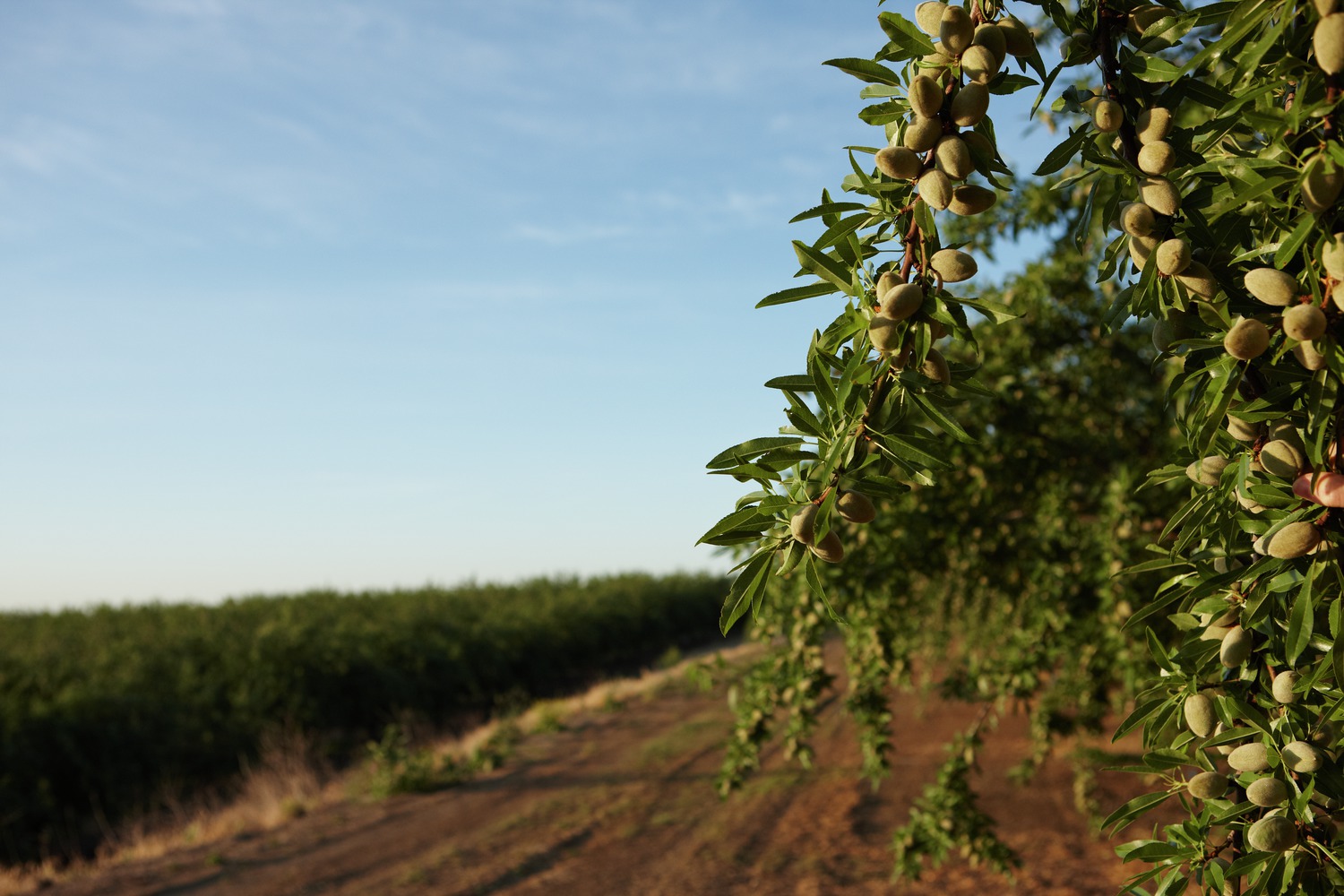 Many of the green almonds harvested are shipped across the country to celebrity chefs, upscale restaurants, and private connoisseurs with a taste for them. Due to their short window of availability and shelf life, green almonds have always been considered a rare delicacy and are used by chefs as both a cooking ingredient and a garnish.

To prepare green almonds, cut the almond hull along the seam with a paring knife and enjoy the fresh, herbaceous-tasting nut inside as topping for a salad, made into chutney, or simply sprinkled with a bit of sea salt. Pickling or brining green almonds will extend the shelf life of these treats. 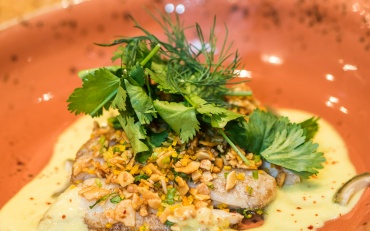