Water Wise
Are you a grower or processor?
Related stories

Water Management is a Complex Issue in California. But We Need to Tackle It Together

Getting the Most Out of Every Drop

California’s almond farmers are committed to the responsible and efficient use of water, a precious and limited resource.

Over 90% of California almond farms are family farms,1 contributing substantially to the California economy and carefully managing their land so they can pass it down to their children and grandchildren. The California almond community takes a long-term view of success based on respect for the land and local communities.

The Almond Board of California began investing in research in 1982 to determine if a new irrigation method—microirrigation—could work in almond orchards. Previously farmers had flooded their fields or used large sprinklers. The results were positive and, by targeting water applications directly to the trees’ roots instead of uniformly across the field, farmers conserved water and created other operational efficiencies. Over the past two decades, California almond farmers have successfully reduced the amount of water used to grow a pound of almonds by 33 percent2 via improved production practices and adoption of efficient microirrigation technology.

But that’s not all. By 2025, the California almond community commits to reduce the amount of water to grow a pound of almonds by an additional 20 percent. While almond farmers have made strides in irrigation efficiency, further improvements are underway. The Almond Irrigation Improvement Continuum, created by irrigation experts, is a roadmap for California almond farmers to accelerate adoption of research-based, water-efficient practices and technology. 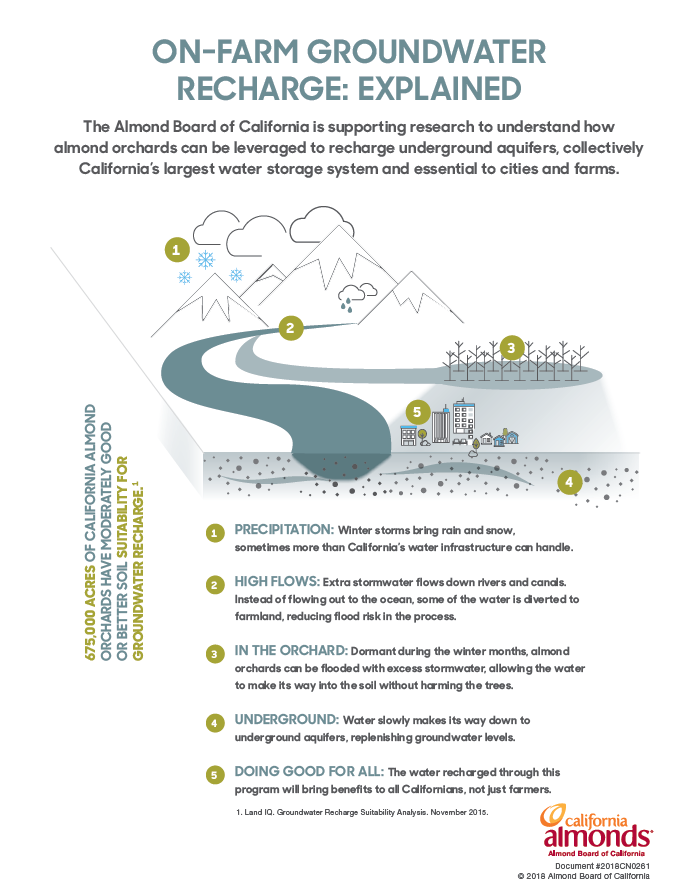 Groundwater is a vital resource in California, held in underground aquifers that are collectively California’s largest water storage system. Groundwater is used to grow food and provide drinking water across the state.

To support water sustainability in California, almond farmers are exploring how California’s almond orchards can be leveraged to replenish this important resource. On-farm groundwater recharge applies excess winter floodwater to dormant orchards, allowing it to seep down and restore groundwater.

Preliminary analysis indicates 675,000 acres of California almond orchards have moderately good or better soil suitability for this practice3. Combined with access to excess stormwater in wet years, these farms would be good sites for replenishing underground aquifers. 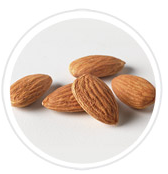 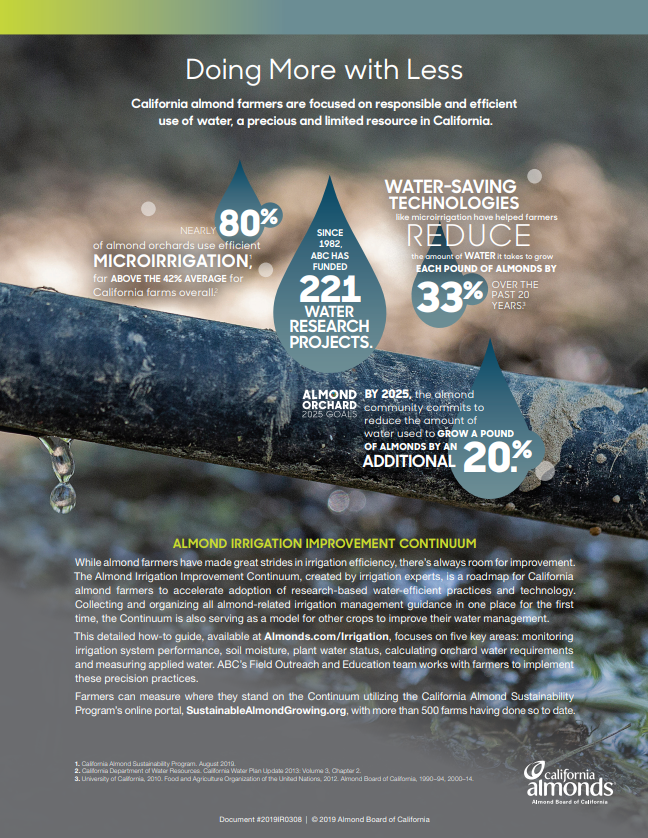 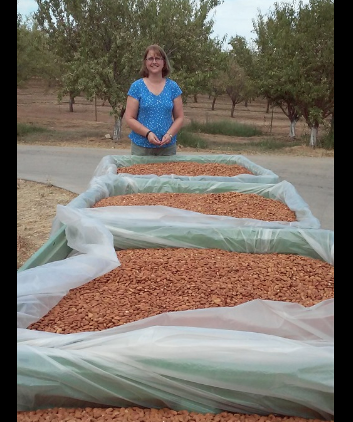 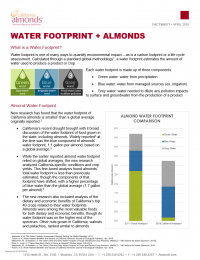 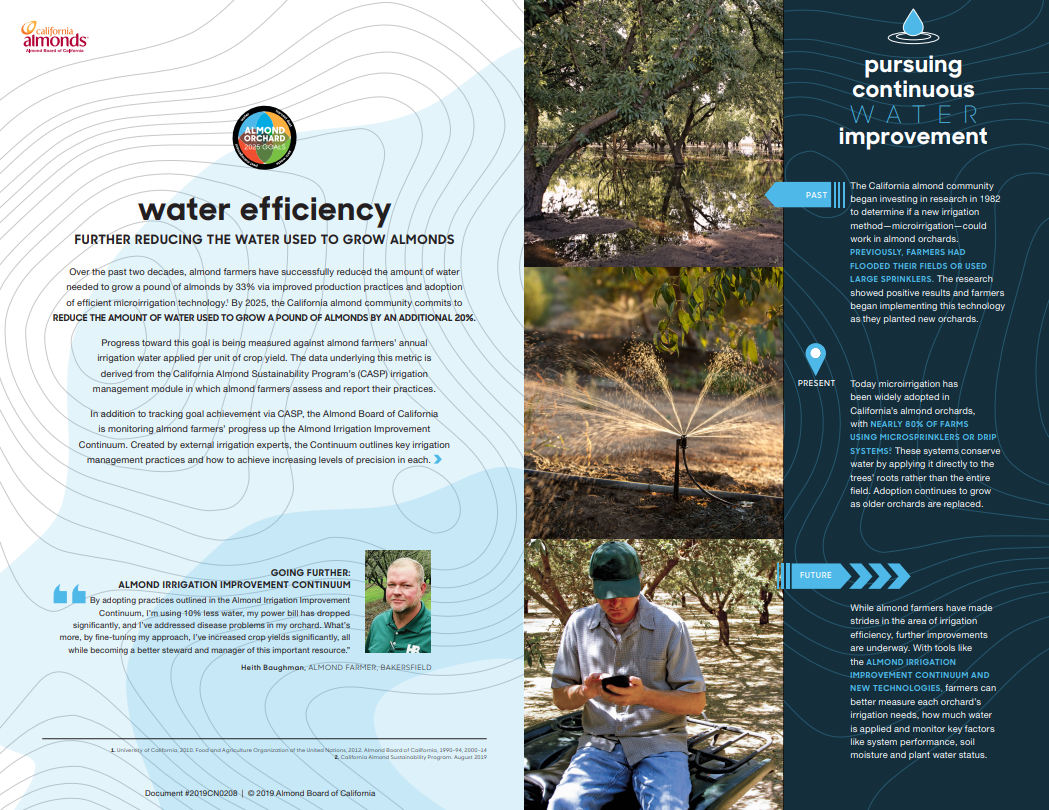