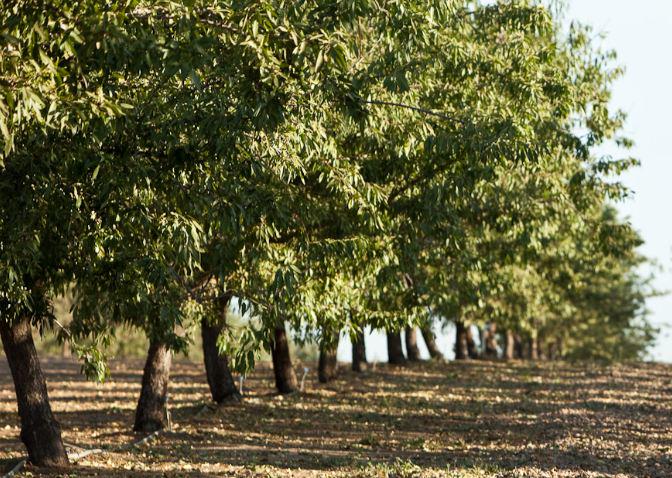 Last month the University of California, Davis released new Life Cycle Assessment (LCA) research demonstrating that reusing co-products from producing and harvesting almonds is key to the industry's environmental impact and further reducing carbon emissions. The research, funded in part by a grant from the Almond Board of California, shows that almond trees accumulate and store significant amounts of carbon and that the almond industry is making progress toward becoming carbon neutral or even carbon negative with respect to greenhouse gases (GHG).

Numerous news outlets covered this new research announcement focusing on the importance of reducing greenhouse gas emissions and the Almond Board’s commitment to funding this critical research. Bay Area public television station KCET noted that, “the tide may be shifting with a recent series of pieces telling folks to calm down on the almond hate. And now thanks to a new study published in the "Journal of Industrial Ecology," science is showing the crunchy nut in a whole new light.”

Yale University highlighted the new research on their blog, Environment 360. Their full story can be read here: California Almonds Have Smaller Climate Impact Than Many Foods.

Within the larger context of food, researcher Dr. Alissa Kendall states, California Almonds have “a lower carbon footprint than many other nutrient- and energy-dense foods." And Environment & Energy News noted that “California almonds have hidden greenhouse gas benefits and could have more if state policies were changed to encourage use of their byproducts.”

Similar coverage of the LCA study also appeared in Nature World News, Manufacturing.net, Chem Info, the Turlock Journal and others.

Almond Board of California will continue to invest in third-party analysis of next-generation farming practices. The ongoing research programs help drive development of innovative production solutions that lead to continued improvement in efficient and sustainable1, environmentally responsible farming.

1 California Almond Sustainability Program definition: Sustainable almond farming utilizes production practices that are economically viable and are based upon scientific research, common sense and a respect for the environment, neighbors and employees. The result is a plentiful, nutritious, safe food product