Former math and physical education teacher Mike Story left teaching two years ago to convert his family’s land into almond orchards. While he was entirely new to growing almonds, learning and education were nothing new to Mike, and made easier with the support and resources he found within the California Almond community.

“My father and grandfather were cattle ranchers. They taught me the value of hard work, and my orchards are on land where my grandfather once lived, but they didn’t know anything about almonds,” said Mike. “My dad helps out, but everything falls to me to manage. The community has been so helpful and willing to go out of their way to support me.”

With no background in almond farming, Mike immersed himself in learning opportunities – including attending the Almond Board of California’s (ABC) annual Almond Conference. It was at this conference where he heard a session on irrigation management led by Spencer Cooper, ABC’s senior manager of irrigation and water efficiency. 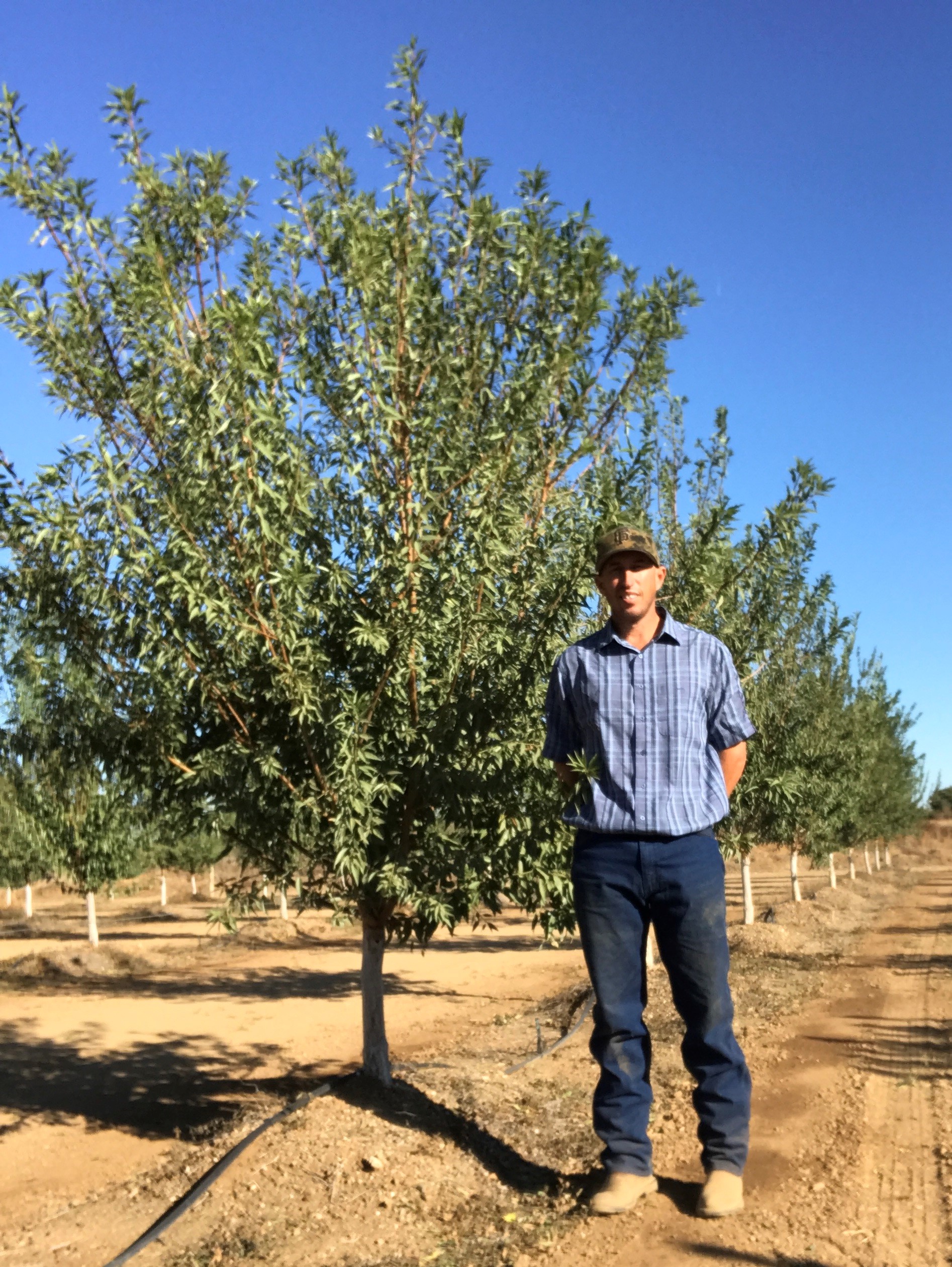 Spencer explained ABC’s effort to accelerate farmer adoption of irrigation practices designed to increase efficiency and production. This builds on past improvements, including the 33% reduction in the amount of water needed to grow a pound of almonds over the last 20 years.2

The ABC’s Irrigation Improvement Continuum and irrigation calculator – tools farmers can use to help them make decisions about irrigation in their orchards – were also highlighted in the session. Mike was impressed with the simple and clear explanations on the complex topic of irrigation, and he left the conference with how-to guides and resources to apply data-driven decisions to his operation.

With the new resources, Mike reviewed his irrigation numbers from the previous year. Realizing he needed guidance, Mike emailed Spencer to ask a few questions about the irrigation system he was running in his orchards. Spencer responded and offered to visit Mike’s orchard to take a look, a service available to any of California’s almond farmers.

The in-field consultation had a big impact on how Mike now irrigates his orchard, helping him save water and money, and taught him ways to better use data to fine-tune his practices. As a numbers person, Mike is able to hone in on patterns in his orchard monitoring data and deliver his orchard with just the amount of water needed throughout the year.

“Given this is the first year of the life of the orchard, I couldn’t have met Spencer at a better time,” said Mike. “You only have one chance to get off on the right foot. I don’t want to look back and wish I had done things differently.”

1California Almond Sustainability Program definition: Sustainable almond farming utilizes production practices that are economically viable and are based upon scientific research, common sense and a respect for the environment, neighbors and employees. The result is a plentiful, nutritious, safe food product.
2University of California. UC Drought Management. Feb. 2010. Food and Agriculture Organization of the UN. FAO Irrigation and Drainage Paper 66 – Crop yield in response to water. 2012. Almond Board of California. Almond Almanac 1990-94, 2000-14.