UC Water News published an interview with Dr. Helen Dahlke, an associate professor at UC Davis and Almond Board-funded researcher, in which she discusses her research on the feasibility of recharging underground aquifers by flooding almond orchards and other crops fields. Both experiments have yielded early results which, for almonds, indicate that when practice in winter, groundwater recharge isn’t harmful to trees – important information for farmers considering adopting the practice.

Groundwater is a vital resource in California and plays a critical role in maintaining California's economic and environmental sustainability.1 California’s aquifers are collectively the state’s largest water storage system and water recharged back into those aquifers through this program would benefit all Californians, not just farmers.

With two years of data available from on-farm trials, Dr. Dahlke said winter recharge of groundwater had no negative effect on almond trees and, in some locations, helped trees stay more hydrated during the growing season. This may be related to that fact that some locations showed 30-70 percent longer lifespans for tree roots which are important for taking up water and nutrients. 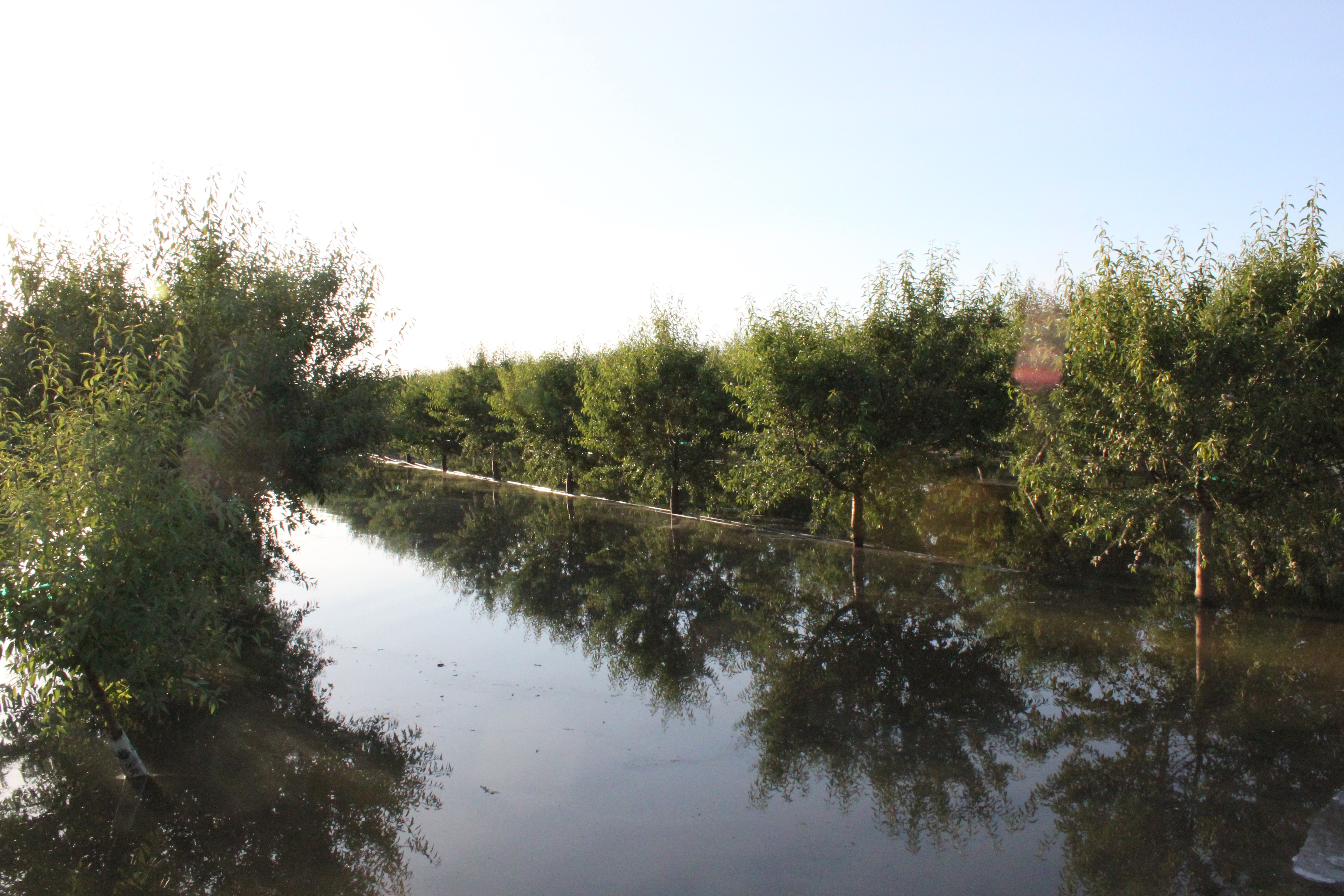 In addition to the initial findings, Dr. Dahlke reported that the Almond Board of California (ABC) is investing in the study of groundwater recharge during the trees’ growing season—when trees are leafed out and growing a crop—and whether that would have the same effect on trees. The research will also explore impacts on water quality and other factors.

To holistically understand how California’s one million acres of almond orchards can be part of this sustainable solution, ABC has partnered additional researchers from UC Davis exploring other components as well as Sustainable Conservation, Land IQ, and Lawrence Berkeley National Laboratory.

This research is critical to creating more sustainable water resources in California and core to the California Almond community’s commitment to continuous improvement.