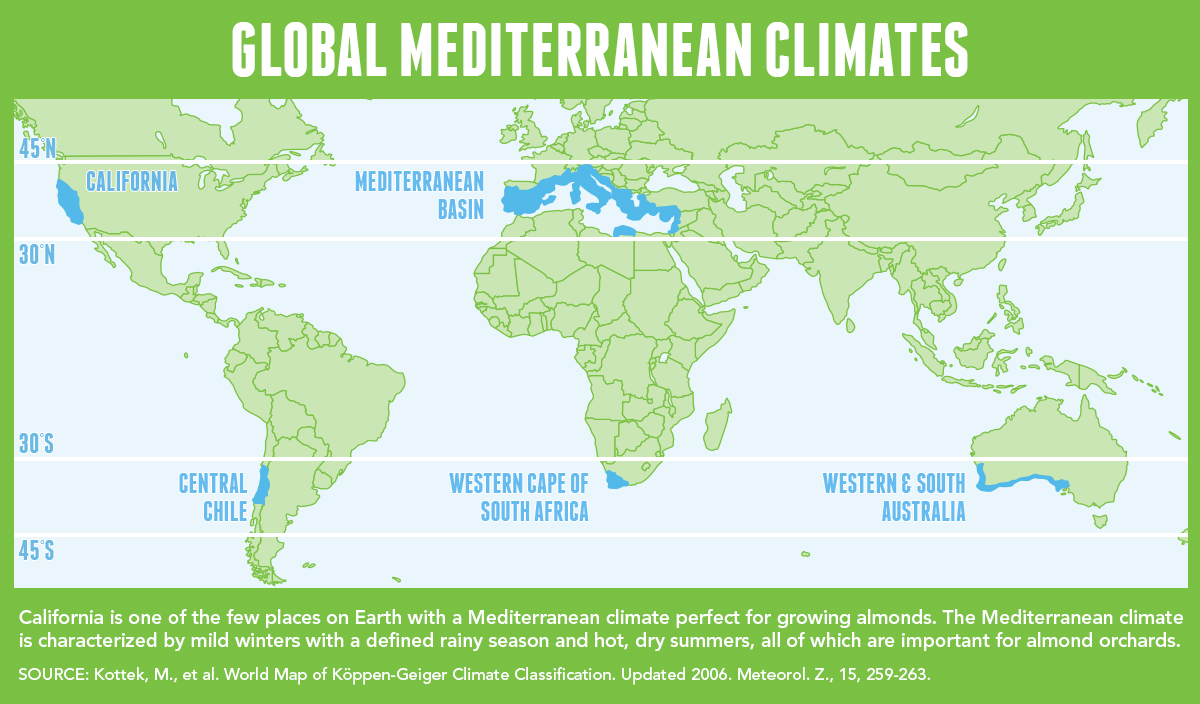 Outside of the area surrounding the Mediterranean Sea, there are only four other areas on earth that feature this climate, and California is one of them. That gives California farmers a unique advantage over other regions when it comes to growing many types of crops, including almonds.

The Mediterranean climate is characterized by mild winters with a defined rainy season and hot, dry summers, all of which are important for almond orchards.

For an almond tree to properly bud, it needs go through a winter dormant period brought on and maintained by colder temperatures. Cool winter weather and fog help trees maintain their dormant state. It is equally important, however, that temperatures not be cold for too long because almonds are an early bloomer and their delicate blossoms can be damaged by late season frost. Fortunately, such occurrences are rare in the Central Valley.

In the summer, our long, sunny days help the trees produce an abundance of almonds. With the Valley’s average of 280 days of sunshine each year and rainfall of an inch or less from May through September, California’s almond orchards grow and thrive. Almonds don’t thrive, and often can’t survive, in wetter and colder climates.

The combination of California’s unique climate and soils make the Central Valley the most efficient, productive, and best place in the world to grow almonds. It’s no wonder they have been successfully grown here for over 150 years!