Life of a Beekeeper: Almond Bloom and Beyond

Robbie Bell of Fort Meade, Florida, has been a beekeeper for nearly four decades. He has been bringing bees to California each winter for several years where they play an important role pollinating the state’s almond crop.

Almond trees need some extra help to start the process of growing nuts, and honey bees provide that essential link, moving pollen from one flower to another. In fact, every almond you eat exists because a honey bee pollinated an almond blossom. At the same time, the bees feed on high the protein-rich nectar of almond flowers. 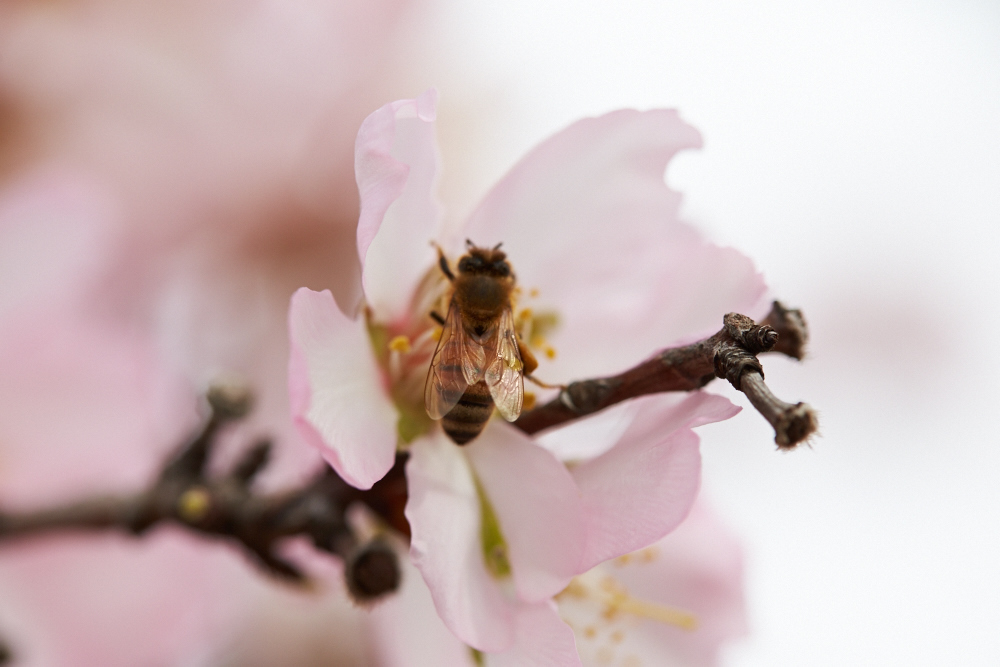 California’s almond community has grown in recent years – it now produces about 80% of the world’s almonds – and there aren’t enough bees to pollinate all of the trees, said William Kern, an associate professor of entomology and nematology at the University of Florida.

“California is a big money-making deal for beekeepers,” Robbie said. “The reason I’ve started going out there is because of greening in the orange groves. Our money was made all these years when we made orange blossom honey, but since greening came in and it’s hurt the orange groves — I’m not saying it’s impossible, but we don’t make a lot.”

Robbie is the owner of Bell Apiaries. He said he operates about 4,000 hives, and that a hive typically contains about 60,000 bees. This year, he also arranged to carry about 3,000 hives from other Florida beekeepers to California, splitting the growers’ payments with them.

While the concept of shipping bees on trucks, like cattle, might seem crazy, Bell said it actually works. So how do Bell’s crew and other beekeepers prevent the insects from flying away during the five-day journey? He said beekeepers make sure there is sufficient honey in the hive for the bees to feed on, and they use specially designed tarps with holes small enough to allow air flow but not large enough to let the bees escape.

Robbie and his employees began preparing their hives for transport in mid-January, which included an inspection by the Florida Department of Agriculture to ensure that the bees are healthy and the pallets do not carry pests. They departed for California on January 20, and when they arrived, the trucks met at a central location. Crews then used forklifts to load the hives onto smaller trucks to be driven into the almond orchards. 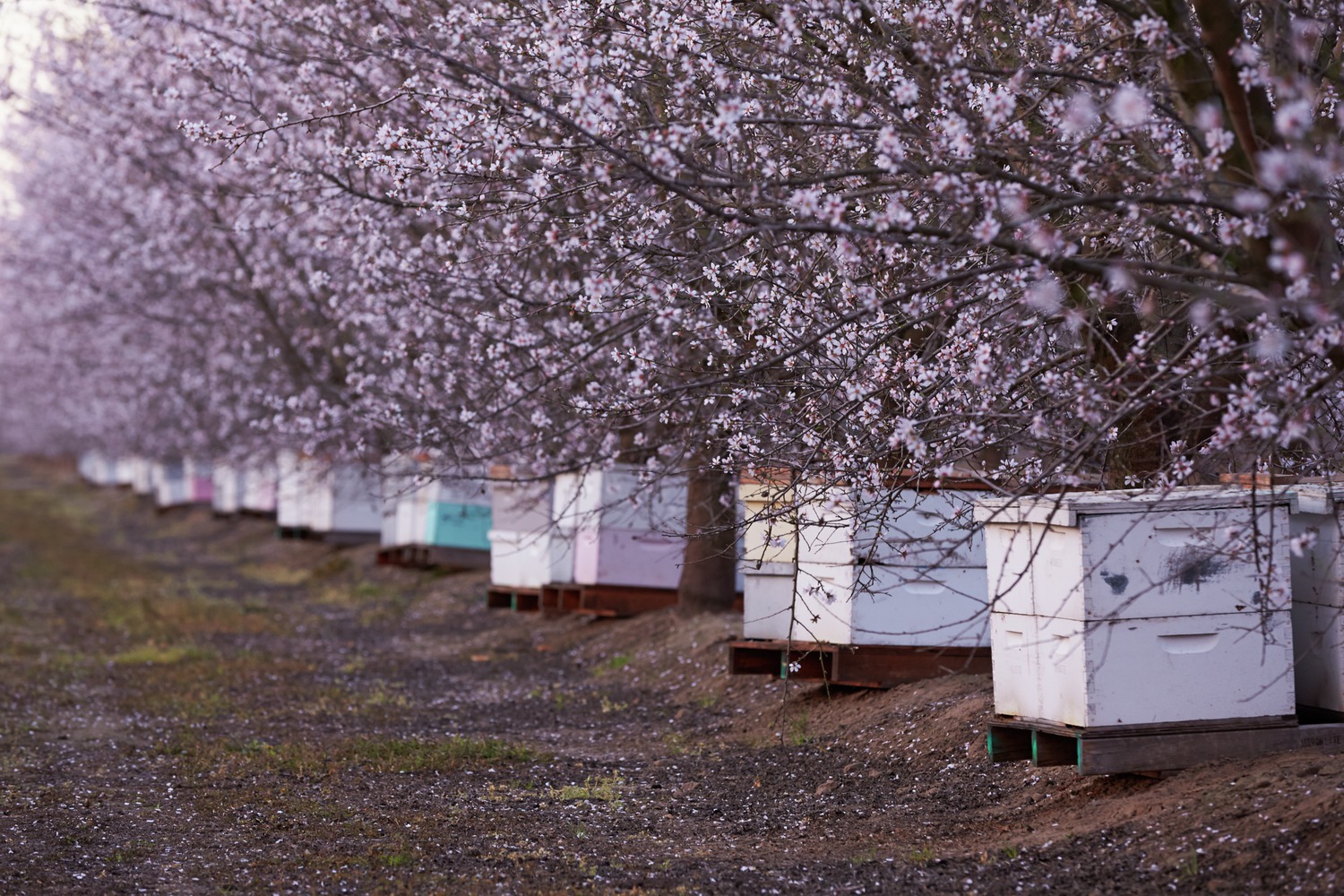 At the end of almond bloom in March, Robbie will truck his bees back to Florida, where farmers pay him to place them in watermelon fields that need pollination. Other beekeepers bring their honey bees to different locations across the U.S., pollinating apples, cherries, blueberries, pumpkins, avocados, squash, sunflowers and more.

Honey bees are essential for the global food supply, with 35 percent of the world’s food crops relying on pollinators to some degree. Given the vital role they play in almond pollination, the Almond Board of California partners with more than 20 organizations, including universities, government agencies, nonprofits and beekeeping groups, to support honey bee health during bloom and beyond. 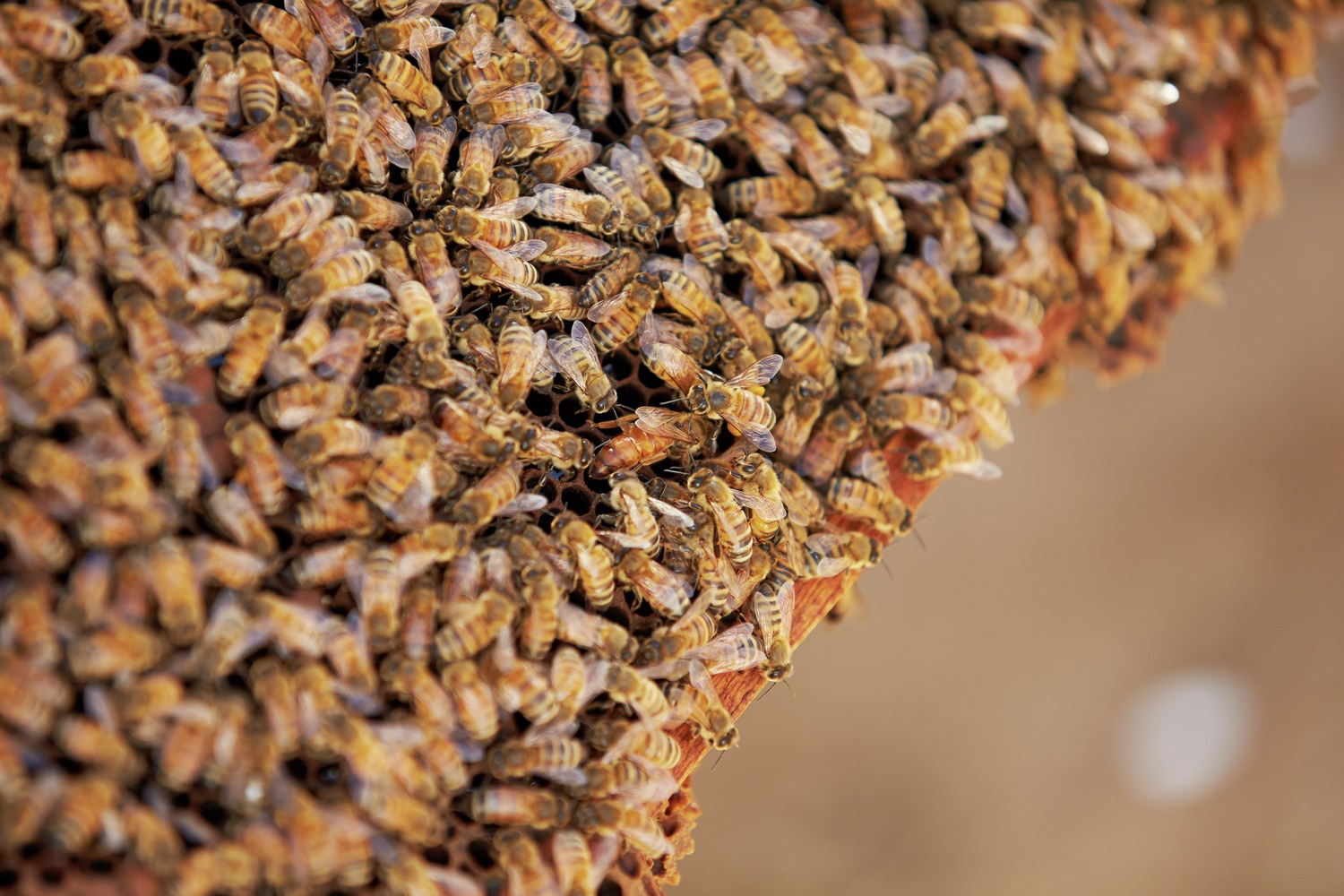 In the orchard, almond farmers follow specific guidelines, known as Honey Bee Best Management Practices (BMPs), to keep these pollination partners safe during almond bloom. Developed by the Almond Board of California, the Bee BMPs provide key recommendations to everyone involved in the pollination process and ensure the orchard is a safe and welcoming place for honey bees while balancing the need to protect the developing crop.

To read more about Robbie’s life as a beekeeper, check out this article from The Ledger. To learn more about the relationship between bees and almonds, visit almonds.com/bees.