New Directors of Almond Board of California Begin Their Terms

MODESTO, Calif. – The new Board of Directors of the Almond Board of California (ABC) took their seats on Thursday with four voting members beginning new terms to help guide ABC’s support of one of California’s most important crops. 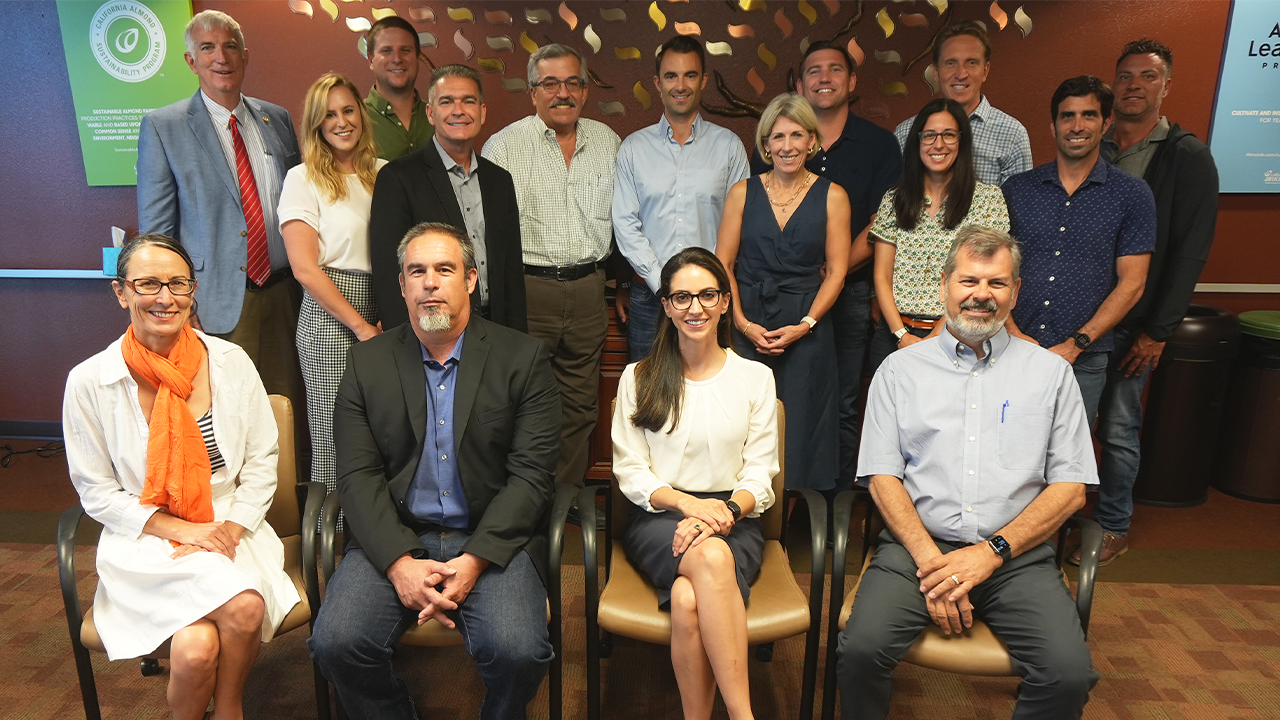 The new Board of Directors, including voting members and alternate seats, began serving their respective terms at the August 4 meeting in Modesto at the Almond Board of California offices.

“Our industry is facing many challenges right now,” said Rodriguez. “I’m looking forward to working with this talented and dedicated board and organization. I believe we have the resources and experience to navigate these complicated times.”

The grower representatives elected or re-elected in this year’s elections are:

The handler representatives were re-elected in both positions this year. They are:

In addition, the board has three alternates elected or re-elected this year:

This is the full board:

ABC is a Federal Marketing Order dedicated to promoting California almonds to domestic and international audiences through marketing efforts and by funding and promoting studies about almonds' health benefits, as well as ensuring sustainable agricultural practices and food safety.

California almonds make life better by what we grow and how we grow. The Almond Board of California promotes natural, wholesome and quality almonds through leadership in strategic market development, innovative research, and accelerated adoption of industry best practices on behalf of the more than 7,600 almond farmers and processors in California, most of whom are multi-generational family operations. Established in 1950 and based in Modesto, California, ABC is a non-profit organization that administers a grower-enacted Federal Marketing Order under the supervision of the U.S. Department of Agriculture. For more information on the Almond Board of California or almonds, visit Almonds.com or check out California Almonds on Facebook, Twitter, Pinterest, Instagram and the California Almonds blog.

Topics: About the Almond Board