The North American Pollinator Protection Campaign (NAPPC) on Tuesday presented its Business for Bees Sustainability Award – an honor reserved for standout organizations that go above and beyond to support pollinators – to the Almond Board of California (ABC) and the state’s almond farmers.

“This is about their long-term dedication to supporting all pollinators in their orchards and throughout our ecosystem,” said Kelly Rourke, executive director of Pollinator Partnership, which founded NAPPC 21 years ago. “We’ve worked with them for many years and this is well-deserved recognition of their steadfast commitment to engaging farmers in pollinator conservation on multiple levels. The Almond Board and the entire almond industry have really moved the needle to raise awareness and generate action to protect pollinators.”

NAPPC has only given out its Business for Bees Sustainability Award once before. It is given in years when there is a business taking extra special steps to protect bees and all pollinators and to advance sustainability and innovation. 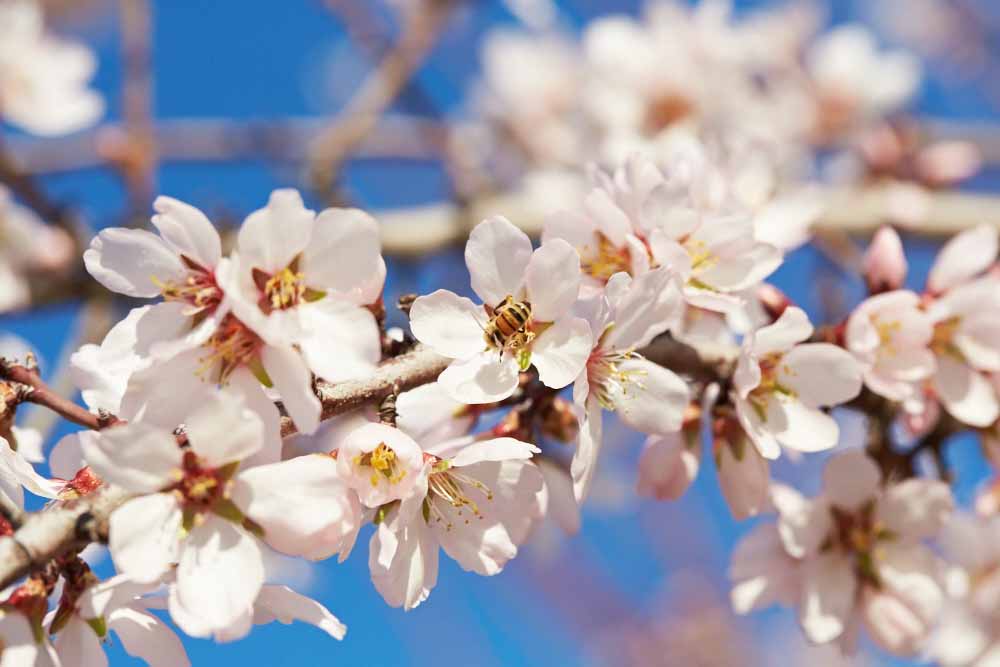 Studies show the richness of almond pollen boosts the health of bees.

“ABC’s name is on this award, but it really goes to the 7,600 almond farmers in California,” said Josette Lewis, ABC’s chief scientific officer. “Farmers understand how important pollinators are to growing almonds and to all of agriculture and the environment. They want to be part of the solution.”

The reasons for the award, Rourke said, include ABC’s leadership in founding the California Pollinator Coalition, its work promoting on-farm pollinator habitat and its support of years of research and education about the best practices for providing hospitable environments for pollinators in almond orchards and in other habitats.

ABC worked with Pollinator Partnership and the California Department of Food and Agriculture last spring to create the California Pollinator Coalition (CPC) which brought together a broad array of grower organizations across the state’s ag and environmental landscape to help promote the health of wild and managed pollinators.

“The formation of the California Pollinator Coalition was such a big step,” said Laurie Davies Adams, Pollinator Partnership’s Director of Programs, who helped found the CPC. “This is a unique statewide coalition that brings together every grower, farmer and rancher group. I don’t think that’s ever happened before. It’s going to make a real difference on the ground.”

NAPPC is a collaboration of diverse partners from the U.S., Mexico and Canada. It includes respected scientists, researchers, business people, conservationists and government officials. NAPPC works to promote awareness and scientific understanding of pollinators, to find common ground for solutions and to create innovative initiatives that benefit pollinators. 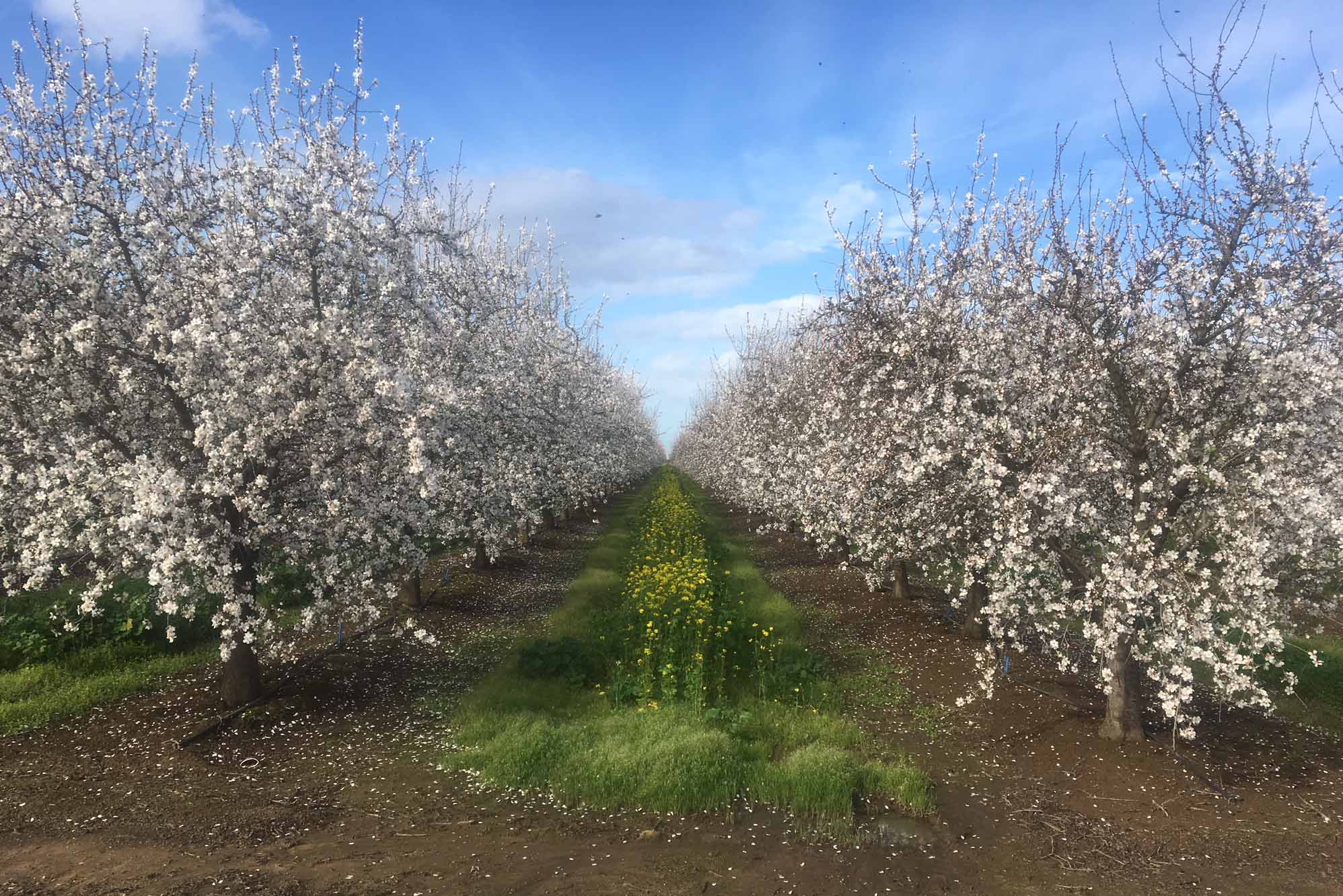 NAPPC is administered and supported by Pollinator Partnership, a non-profit headquartered in San Francisco with a mission to promote the health of pollinators through education, conservation and research.

The award was announced during NAPPC’s 21st Annual International Conference, held virtually this year for the second time and hosted by the Pollinator Partnership and the Smithsonian National Museum of Natural History. The conference and award ceremony were planned for the Smithsonian before being forced to remain virtual because of COVID-19.

Rourke and Adams said they would have liked to have given the honor in person to show how much they appreciate ABC’s work.

“The strong effort that the Almond Board of California has mounted with the support of the almond industry to engage farmers and the entire agricultural community far beyond almond orchards is really impressive,” Adams said. “Bringing every grower group together to have an agriculturally-led coalition for pollinators is significant. It will provide building blocks for even more engagement and large results. It’s a pioneering effort that other states are seeking to emulate.”

“This is an outstanding honor for our farmers,” Lewis said, “especially considering all the good work that NAPPC and the Pollinator Partnership do. As much as anyone, almond farmers are tuned in to the importance of pollinators to their crops and our ecosystem. That’s why they work so hard to make their orchards healthy places for pollinators.”

Almond farmers across California’s Central Valley sit in what is essentially a flyway for pollinators. In recent years, almond farmers have applied to certify more than 110,000 acres of Bee Friendly Farming®, providing pollinator habitat and integrated pest management across the valley to keep that flyway healthy and create badly needed floral resources that compliment and expand beyond the annual almond bloom.

“Almond farmers have doubled the number of acres of bee friendly habit in California and in that pollinator flyway,” Lewis said. “We’re proud to help lead a broad coalition of agriculture and conservation groups to work together to promote and preserve habitat for pollinators.”

About the Almond Board of California

ABC is a Federal Marketing Order dedicated to promoting California almonds to domestic and international audiences through marketing efforts and by funding and promoting research about almonds' health benefits, efficient and sustainable farming, food safety and more. ABC works on behalf of the more than 7,600 almond farmers and processors in California, many of whom are multi-generational family operations.

For over 20 years, NAPPC has brought together stakeholders from all sectors of the pollinator issue in a collaborative partnership to support pollinator health across the North American

continent. More than any other single organization, the collective effort of these 180 plus organizations has made pollinator health a feature in conservation landscape management. From its many Task Forces, NAPPC affects change and moves solid science into real progress on the ground. Managed by the Pollinator Partnership, more can be found about NAPPC at NAPPC | Pollinator.org.