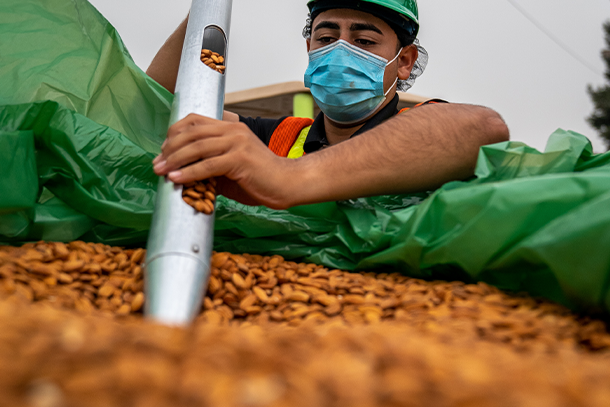 The increasing inconsistency of rules governing acceptable Maximum Residue Levels (MRLs) for pesticide residues from country to country affects many food products exported, including California almonds, which are exported to some 90 different countries.

This past week, a senior staff member from the Almond Board of California participated in an educational event concerning the issue during a meeting of a Sanitary & Phytosanitary Committee (SPS) which is a part of the World Trade Organization (WTO). The SPS Committee’s role is to ensure that there are fair and WTO-compliant standards for food safety and plant and animal health.

Gabriele Ludwig, ABC’s director of sustainability and environmental affairs, was one of 20 experts representing grower groups, regulators, risk assessors and governments at the meeting. She appeared via video at the SPS Committee meeting in Geneva, Switzerland. 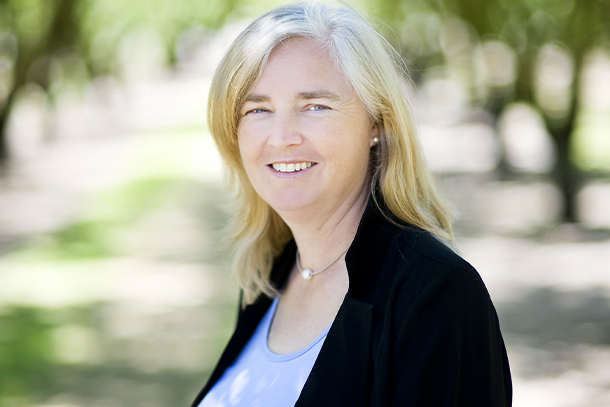 Establishing consistent MRLs – also referred to as tolerances – for agricultural products such as almonds is an issue with widespread trade and pest management implications.

An estimated 70% of California almonds are exported to foreign markets, but California growers have virtually no way of knowing where their nuts might end up once shaken off the tree. That means some of the pest management practices that they use could be an issue months later if residue levels don’t meet regulations in overseas markets.

The situation has resulted in frustration for growers, handlers and exporters because nuts that meet US standards may face rejection in a foreign market due to lower or missing MRLs. One of the presenters at the event showed that exports for apples, pears and cherries from the Northwest United States to the European Union (EU) have come to a virtual halt due to the EU’s MRL standards. Another example at the meeting was how delays in setting an import MRL in Japan is currently slowing the adoption of a new fungicide in tree nuts that is showing good efficacy for certain situations.

Ludwig’s presentation highlighted the reasons for needing to control various pests such as navel orangeworm (NOW), bloom diseases, weeds, gophers and post-harvest insects, as well as the long-term research and investment into developing integrated pest management programs by almond growers for those pests. She also provided examples of how different countries and international organizations have worked to improve the harmonization of MRLs. Ludwig said several presentations at the meeting emphasized the importance of increasing the use of Codex Alimentarius set MRLs – the international standard setting body for food safety and quality – which also requires an increased investment from the World Health Organization and the Food and Agriculture Organization of the United States.

Another issue is when MRL levels are reduced or removed in certain markets. For products with a longer shelf life, such as almonds, residues resulting from applications that were allowed at the time of treatment may no longer be by the time the nuts are exported at a later time. Ludwig highlighted that the FDA – the MRL enforcement agency in the United States – currently has a mechanism to account for shelf-life when the Environmental Protection Agency removes or lowers tolerances that could serve as a model.

By holding such educational sessions, the SPS Committee learns about both the issues as well as the tactics that can be used to increase harmonization. Ludwig noted that several countries that export foods were critical of practices that were reducing MRLs, highlighting the practice as a real trade issue. It is not clear what the next steps will be for the SPS Committee, but there are a wide range of countries – including the US Trade Representative Office – raising concerns about the issues and will be seeking to set international expectations to meet the goals of the WTO agreement.

Ludwig was pleased that the California almond industry was invited to present as it acknowledges both the extent to which export markets and standards are critical to a vibrant almond growing community in California, as well as a tribute to the engagement in research and trade issues by the Almond Board of California and industry members.

“This is another forum to talk both about the issues the lack of harmonized MRLs cause to the international trade of food, as well as possible solutions and/or policies,” Ludwig said. “It shows that the California almond industry is trying to be a part of the solution.”