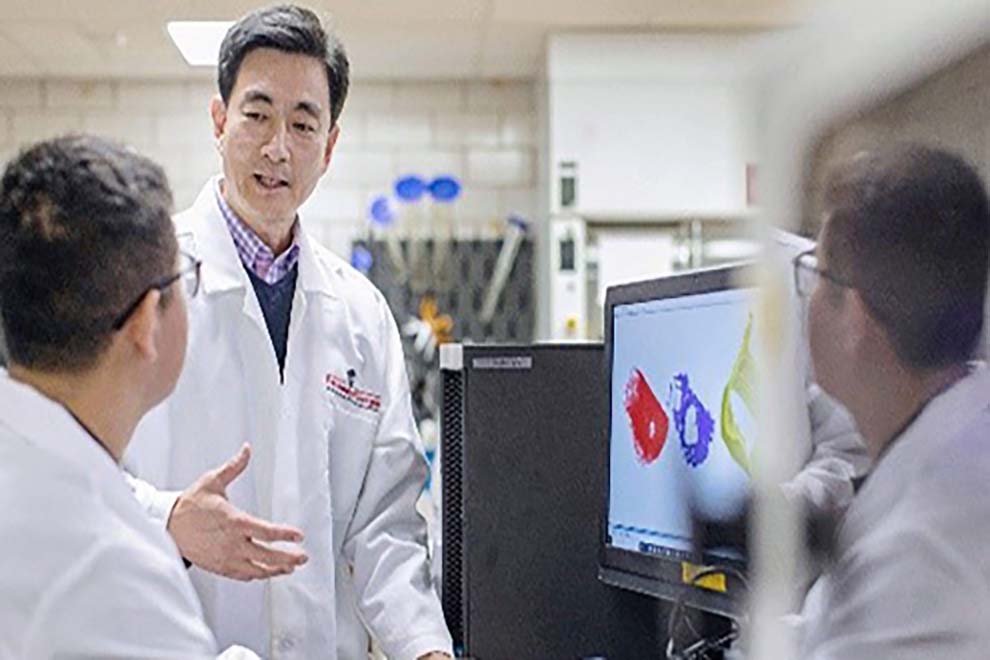 As a child perhaps your parents warned you not to waste your food or didn’t let you leave the dinner table until your plate was clean – “waste not, want not,” right?

That same “waste not” mentality is one that drives the industry to continue finding higher value uses for almond coproducts, looking beyond current uses to focus on finding optimal outlets that reduce the industry’s environmental footprint and add value – economically and environmentally. The industry is focused on three key areas by which optimal use may be achieved: increased adoption of Whole Orchard Recycling, effective elimination of open burning to dispose of woody biomass, and diversifying applications for hulls and shells beyond current uses.

Regarding the last focus area, an Almond Board-funded researcher was recently awarded for their significant discovery of an effective use for almond hulls that could have implications well beyond the almond industry and broader State of California.

Dr. Wookyun Kim, Ph.D., and his research team recently won the Poultry Nutrition Research Award from the American Feed Industry Association for their work to demonstrate how ground almond hulls are a good supplement for broiler and laying chicken.

Dr. Kim is an associate professor and poultry nutritionist in the Department of Poultry Science at the University of Georgia who specializes in feed and feeding, poultry nutrition and vitamins in animal nutrition. In the scientific community he is recognized for his work on the roles of pre- and probiotics, amino acids, vitamins, minerals and enzymes on growth/laying performance; nutrient digestibility of feed ingredients; feed nutrient utilization; intestinal development; gut health; immunity and bone health, all in poultry.

Almond hulls, enjoyed by dairy cows for decades, had never been tested for their application in poultry feed. Over two years ago, the Almond Board of California (ABC) put out a call for proposals to look into other feed applications and potential value-added options for hull use. After receiving many competitive proposals, Dr. Kim won the research grant for research focused on using hulls in poultry feed.

In their initial study, Dr. Kim’s team fed broiler chickens with ground almond hulls at ration rates of almond hulls at 3, 6, and 9% of the total feed, and layer chickens at rates of 7.5 and 15%. When analyzing the results from the initial study, Dr. Kim and his team’s findings indicated prime (clean) almond hulls can act as a portion of base meal for broilers and layers. In comparison with the control base meal group, the almond hull supplementation groups show a comparable weight gain in broiler chicken, and the same egg production and quality among laying hens.

Almond hulls, rich in fibers and phytochemicals, may offer additional benefits to chickens beyond energy supplementation. In an ongoing follow-up study, Dr. Kim and team are looking at the potential effects of hull supplementation on prevention of coccidiosis, a common parasitic disease in chickens. Initial results from that research indicate that hull supplementation suppresses oxidative stress from parasite infection, an encouraging finding.

ABC also granted Dr. Kim two additional projects, one to investigate the potential impact of hull supplementation on the infection of Salmonella in broilers and chicken eggs, and another to better understand the lipid and cholesterol composition of egg yolk.

“We are excited about the findings from Dr. Kim’s project – that ground almond hulls can be a replacement for chicken base meal for local poultry farms and may offer additional benefits beyond energy supplementation to chickens, as well, especially for laying hens,” said Guangwei Huang, associate director of Food Research and Technology at ABC.

With the positive findings and expected potential benefits from the on-going feeding trials, ground almond hulls could become the next hot ingredient for poultry feed. The major findings from this feeding study have been summarized in a manuscript that is currently under review for publication. Stay tuned for more information on this research, which will be presented at the industry’s annual event, The Almond Conference, which ABC will host during the week of Dec. 7, 2020.