Halloween will come and go, but mummy nuts are here to stay… unless you shake them away!

To help remind growers to break the link between mummy nuts and overwintering navel orangeworm (NOW), the Almond Board of California (ABC) created a parody song that’s sure to be an “orchard smash,” just in time for the most spooky holiday of the year. It’s The Mummy Shake — listen now (lyrics here) and submit a video of your family dancing along to this “orchard smash” for a chance to win a $500 Amazon gift card! 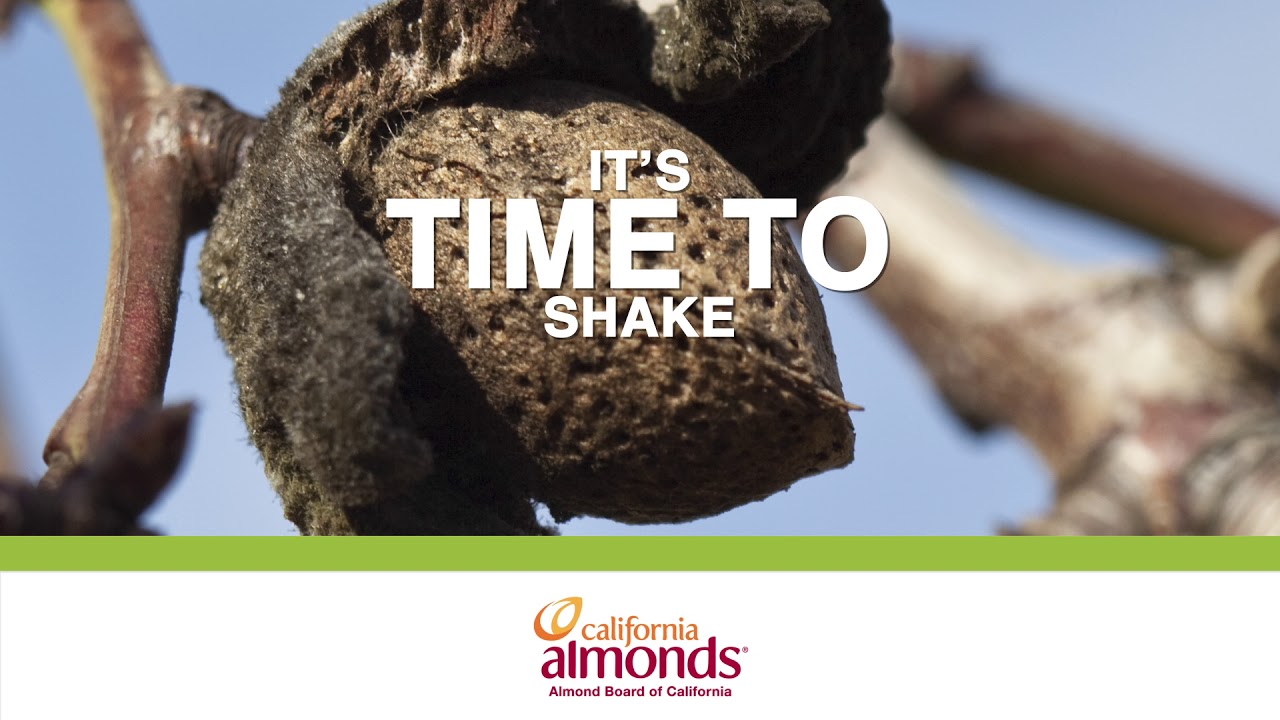 How to Enter: Video Specifications

How to Upload Your Video

Read on below for complete contest eligibility guidelines.

NO PURCHASE NECESSARY TO ENTER OR WIN. MAKING A PURCHASE OR CONTRIBUTION WILL NOT IMPROVE CHANCE OF WINNING. VOID WHERE PROHIBITED.

1. Preliminary Information and Contest Period: The Mummy Shake Video Contest (Campaign) is open for entries starting October 26, 2020 at 12:01AM Daylight Pacific Time (PT). All entries must be submitted by the contest deadline: 11:59PM PT on November 20, 2020 (Contest deadline). Campaign is subject to all applicable federal, state and local laws. This Campaign is sponsored by the Almond Board of California (Sponsor), 1150 9th St. #1500, Modesto, CA 95354.

3. Eligibility: Contestant may enter to win if he or she is a legal resident of the state of California, age 18 or older at the time of entry, and is a member of the California almond industry, which includes growers, handlers, hullers/shellers and allied industry members. Contestant’s submission may include family member and/or friend of a Contestant provided that such family member or friend consents to being featured in the submission. If Contestant chooses to feature his or her children under the age of 18 in his/her submission, Contestant grants Sponsor permission to display, broadcast and/or share video for promotional purposes of this Campaign or future Campaigns. Employees, officers, directors, agents, representatives and their immediate families (parents, children, siblings, spouse and each of their respective spouses, regardless of where they live) or members of the households of the Almond Board of California/Sponsor, their parent companies, subsidiaries, agencies and anyone connected with the production and distribution of this Campaign may submit an entry for use by Sponsor solely to promote the Campaign, but are not eligible to win or be awarded a prize.

4. How to Enter: To enter, Contestants must create a video featuring themselves and/or family or friends dancing to the Almond Board of California’s “Mummy Shake” song, in an almond orchard or another setting of their choosing. Entry videos must be at least 30 seconds in length (approximately one verse and one chorus) and up to the duration of the full song. Entries will be judged based on enthusiasm, creativity, and composition. Judges will be comprised of employees of the Almond Board of California. Submit your video entry in one of two ways:

Multiple entries per person or household will be accepted and judged, but only one (1) prize will be awarded per person or household. Entries that are incomplete or that contain errors, copyrighted images or inappropriate/derogatory/defamatory images or language, dogs in the orchard, guns/firearms, nudity, violence or profanity will be automatically disqualified in Sponsor’s sole discretion. Sponsor is not responsible for lost, late, misdirected, altered or destroyed entries. The odds of winning depend on the number of eligible entries received and/or the number of contestants participating in the contest. If Contestant uses fraudulent methods or otherwise attempts to circumvent the rules, the submission may be removed from eligibility at the sole discretion of Sponsor. The Contestant may be asked to provide all appropriate clearances, permissions and releases for the submission.

All entries become the property of Sponsor and will not be returned. Proof of sending will not be deemed proof of receipt by Sponsor. Sponsor reserves the right to edit or summarize the submission or any written description or picture prior to posting to Sponsor’s website and/or social media channels.

5. Prize: The Winner of the Campaign (“Winner”) will receive a Grand Prize consisting of a $500 Amazon gift card.

The prize will be sent to Winner’s provided email address within two (2) weeks of notification. Any applicable Federal, State or Local taxes are solely the responsibility of the winner and paying any expenses associated with any prize which are not expressly included as part of the prize. Prizes are not transferable. Sponsor reserves the right to substitute a prize package with another prize of equal or greater value if advertised prize or any component thereof is not available.

6. Winner Selection and Notification: Winner will be selected under the supervision of the Sponsor. Winner will be notified by email or by direct message on Facebook within five Sponsor business (5) days following selection of Winner. Sponsor shall have no liability for Winner’s failure to receive notices due to spam, junk email, or other security settings or for Winner’s provision of incorrect or otherwise non-functioning contact information. If Winner cannot be contacted, is ineligible, fails to claim the prize within seven (7) Sponsor business days from the time award notification was sent, or fails to timely return a completed and executed declaration and release as required, the prize may be forfeited, and an alternate Winner selected. Receipt by Winner of the prize offered in this Campaign is conditioned upon compliance with any and all federal, state, and local laws and regulations. Any violation of these official rules by winner (at Sponsor’s sole discretion) will result in Winner’s disqualification as Winner of the Campaign, and all privileges as Winner will be immediately terminated.

7. Rights Granted by Contestant: By entering this Campaign, Contestant understands and agrees that Sponsor, anyone acting on behalf of Sponsor, and Sponsor’s licensees, successors, and assigns, shall have the right, where permitted by law, to print, publish, broadcast, distribute, and use in any media now known or hereafter developed, in perpetuity and throughout the World, without limitation, Contestant’s entry, name, portrait, picture, voice, likeness, image, statements about the Campaign, and biographical information for news, publicity, information, trade, advertising, public relations, and promotional purposes, without any further compensation, notice, review, or consent. By entering this Campaign, Contestant represents and warrants that entry is an original work of authorship and does not violate any third party’s proprietary or intellectual property rights or right of publicity. If entry infringes upon the right of any third party including, without limitation, any intellectual property right or right of publicity, Contestant will be disqualified at the sole discretion of Sponsor. If the content of the entry is claimed to constitute infringement of any proprietary or intellectual proprietary rights or right of publicity of any third party, Contestant shall, at his or her sole expense, defend or settle against such claims. Contestant shall indemnify, defend, and hold harmless Sponsor from and against any suit, proceeding, claims, liability, loss, damage, costs or expense (including attorneys’ fees), which Sponsor may incur, suffer, or be required to pay arising out of such infringement or suspected infringement of any third party’s right.

8. Terms & Conditions: Sponsor reserves the right, in its sole discretion, to cancel, terminate, modify or suspend the Campaign should virus, bug, non-authorized human intervention, fraud, or other cause beyond Sponsor’s control corrupt or affect the administration, security, fairness, or proper conduct of the Campaign. In such case, Sponsor may select the Winner from all eligible entries received prior to and/or after (if appropriate) the action taken by Sponsor. Sponsor reserves the right, in its sole discretion, to disqualify any individual who tampers or attempts to tamper with the entry process or the operation of the Campaign or website or violates these Terms & Conditions. Sponsor has the right, in its sole discretion, to maintain the integrity of the Campaign, to void entries for any reason. Any attempt by a Contestant to deliberately damage any website or undermine the legitimate operation of the Campaign may be a violation of criminal and civil laws. Should such attempt be made, Sponsor reserves the right to seek damages to the fullest extent permitted by law.

9. Limitation of Liability: By entering, Contestant agrees to release and hold harmless Sponsor and its subsidiaries, affiliates, advertising and promotion agencies, partners, representatives, agents, successors, assigns, employees, officers, and directors from any liability, illness, injury, death, loss, litigation, claim, or damage that may occur, directly or indirectly, whether caused by negligence or not, from: (i) such Contestant’s participation in the Campaign and/or his/her acceptance, possession, use, or misuse of any prize or any portion thereof; (ii) technical failures of any kind, including but not limited to the malfunction of any computer, cable, network, hardware, or software, or other mechanical equipment; (iii) the unavailability or inaccessibility of any transmissions, telephone, or Internet service; (iv) unauthorized human intervention in any part of the entry process or the Promotion; (v) electronic or human error in the administration of the Promotion or the processing of entries.

10. Disputes: This Campaign is governed by the laws of the United States of America and California, without respect to conflict of law doctrines. As a condition of participating in this Campaign, participant agrees that any and all disputes that cannot be resolved between the parties and causes of action arising out of or connected with this Campaign, shall be resolved individually, without resort to any form of class action, exclusively before a court located in California having jurisdiction. Further, in any such dispute, under no circumstances shall participant be permitted to obtain awards for, and hereby waives all rights to, punitive, incidental, or consequential damages, including reasonable attorney’s fees, other than participant’s actual out-of-pocket expenses (i.e. costs associated with entering this Campaign). Participant further waives all rights to have damages multiplied or increased.