Top stories in the July Global Update from the Global Technical and Regulatory Affairs team at ABC in July's Almond Byte. 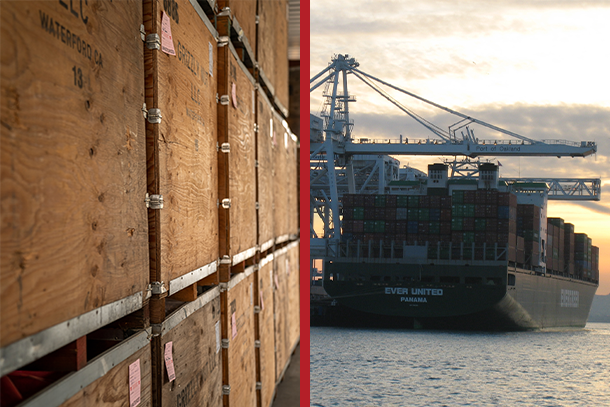 ABC staff attended the Agriculture Transportation Coalition (AgTC) annual conference in Tacoma that focused on ongoing transportation disruptions and touched on many aspects of the logistics crisis. Numerous discussions focused on how and when things may begin to improve; the consensus among those presenting was that things will continue to improve throughout the calendar year with something like a return to normalcy being realized in 2023. Carrier rates, however, are expected to continue to be significantly higher than their historical average.

While things continue to improve, there was also much discussion regarding the Ocean Shipping Reform Act (OSRA) which was recently signed into law. While formulation of exact regulations for carriers will be ongoing through the year, many of the law's provisions immediately went into effect, including those requiring carriers to provide justification for detention and demurrage fees, as well as the provision barring carriers from unreasonably declining cargo bookings. For more information, contact Brock Densel

The American Port Access Privileges Act (H.R. 8243, introduced June 29 by Rep. Garamendi, D-Calif.) would build on OSRA by encouraging ocean carriers to ship U.S. exports to foreign markets. ABC will be evaluating the legislation and working with our partners at AgTC to ensure they have any information needed to assist almond exporters.

According to information from Garamendi’s office, this bill would:

ABC staff continues to work with U.S. Food and Drug Administration (FDA) in finding ways to finalize facility registrations initially fast-tracked by General Administration of Customs of the People's Republic of China (GACC) back in December. It’s still not clear how FDA and GACC will sort out the review and approval of registrations submitted more recently including the addition of products that were not requested in the initial registrations.

The United States Agricultural Trade Office (ATO) based in Guangzhou, China, held a webinar on July 6 featuring GACC experts on self-registration for those products that don’t require support from the competent authority. Although these facilities do not require assistance from FDA, much of the documentation required is the same such as production process flowcharts, signed enterprise statements, and the proposed “licensed production certificate (business license?)” requirement. ABC is working with FDA and USDA/China to address many of these outstanding issues. If you have questions about the registration process, please contact Keith Schneller.