Clearing the Air Regarding Ag Burning in the San Joaquin Valley 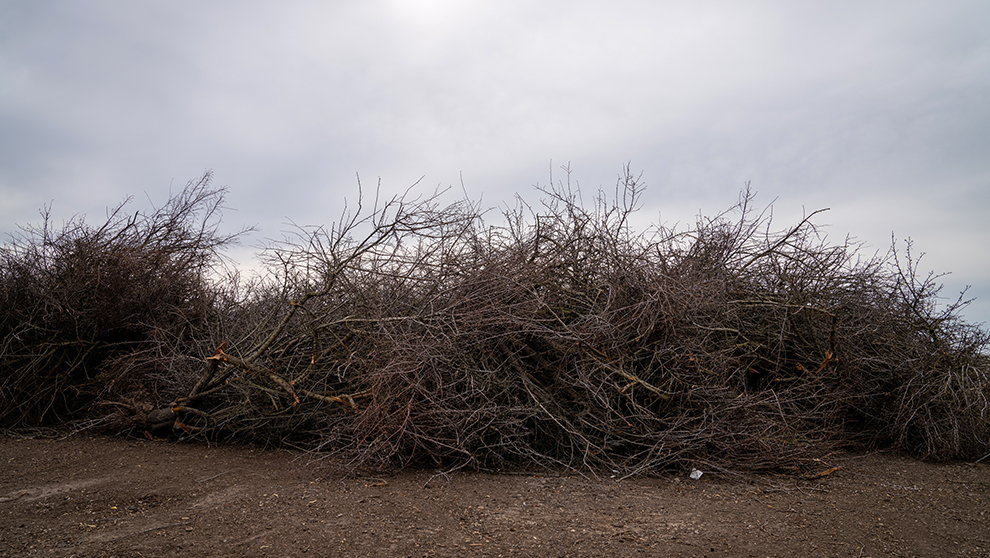 For now, however, nothing changes for San Joaquin Valley growers as the San Joaquin Valley Air Pollution Control District tries to convert CARB’s directions into specific regulations and burning limits. Almond Board of California (ABC) Principal Analyst in Environmental and Regulatory Affairs Jesse Roseman expects the next six months to be “a period of negotiation with CARB and the District to determine the path toward ending ag burning” in the valley. ABC and the Almond Alliance of California will also be part of those discussions.

In the meantime, ag groups have expressed interest in providing funding for growers to give them affordable alternatives to burning. The Almond Board’s Biomass Workgroup is also continuing to target research investments for the same purpose – to find options for growers that not only provide alternatives but also add value to the industry.

This ruling has no impact on growers in the Sacramento Valley.

Ag burning then and now

The focus on ag burning and its impact on air quality comes even as the agricultural industry has reduced burning by an estimated 80% in the past 15 years, according to Elaine Trevino, president of the Almond Alliance. According to Land IQ estimates, in the San Joaquin Valley from 2015 through 2019 an annual average of 26,000 acres of almonds were removed.1 During the same period, an average of 2,852 tons of almond, walnut and pecan prunings were burned each year.

Limitations on burning go back to 2003, when California Senate Bill 705 was signed into law. This bill gave the District authority to phase out all ag burning by 2010, but exceptions have been in place from the start as the District has been allowed to postpone the burn ban for some crop categories and materials for economic reasons.

Growers, meanwhile, have sought other outlets for their orchards’ woody material, including co-generation plants, where woody refuse is burned to create electricity. This was once a popular option for growers; however, 15 of the 20 co-gen facilities in the state have ceased operations in the past decade, with another likely to close this year.

More recently, Whole Orchard Recycling (WOR) – a practice in which old trees are ground up and chipped before that material is tilled into the soil – has increasingly gained traction in the almond industry. Research, much of which was funded by the Almond Board, indicates there are multiple benefits to this practice, such as an increase in soil carbon and organic matter, and that new trees planted in the same soil may even experience increased yields over their lifetimes.i

Fortunately, the District is a believer in WOR: Since 2018, it has awarded $8 million to 276 almond-related projects representing more than 16,000 acres that used alternatives to burning (mostly WOR), Trevino said. In fact, the District just announced that new funding is available to growers through the Alternative to Agricultural Open Burning Incentive Pilot Program – growers are strongly encouraged to review the program guidelines and considering applying.

Still, WOR is not a silver bullet. Even with available funding, the cost of WOR can be a barrier. Additionally, trees suffering from certain diseases are not suitable to be recycled, and chipping without recycling doesn’t solve the problem of what to do with the chips themselves if co-gen plants aren’t available to take them.

What you need to know today

Burning due to attrition or disease was not prohibited previously – and that policy has not changed. Additionally, burning of weeds – especially where spraying is not a solid option – continues to be allowed, but Roseman said more clarity is needed going forward on this aspect of the ruling.

“While there has been significant progress with practices like chipping and land application, or Whole Orchard Recycling, they are not one-size-fits-all solutions,” said Trevino. “The current exemptions protect the economic viability of small growers and maintain flexibility should there be hurdles to current alternatives in the future.”

The District remains under a CARB mandate to do all it can to reduce burning between now and 2025, by which time the goal is to have eliminated nearly all ag burning. In other words, inaction is not an option, according to Roseman.

“During the hearing, some CARB members said that progress is absent in annual reports from the District, they will move to ban all burning immediately,” Roseman said.

For its part, CARB pledged to do five things in the next six months to support the District’s continued effort to phase-out ag burning:

Trevino credited the almond industry for its collaboration with local and state air quality regulators to successfully implement “alternative practices to open air burning of orchard biomass.” Still, she also said the next few years may present the biggest challenges to growers who already have limited options for their biomass.

Stay tuned for more information on burn regulations and limits set forth by the District. Growers with questions about this ruling are encouraged to contact Roseman at jroseman@almondboard.com.

1 https://www.almonds.com/tools-and-resources/crop-reports/standing-acreage-final-reports
i For more on the benefits of WOR: https://www.e-digitaleditions.com/i/1268831-2020-july-aug-how-we-grow/7