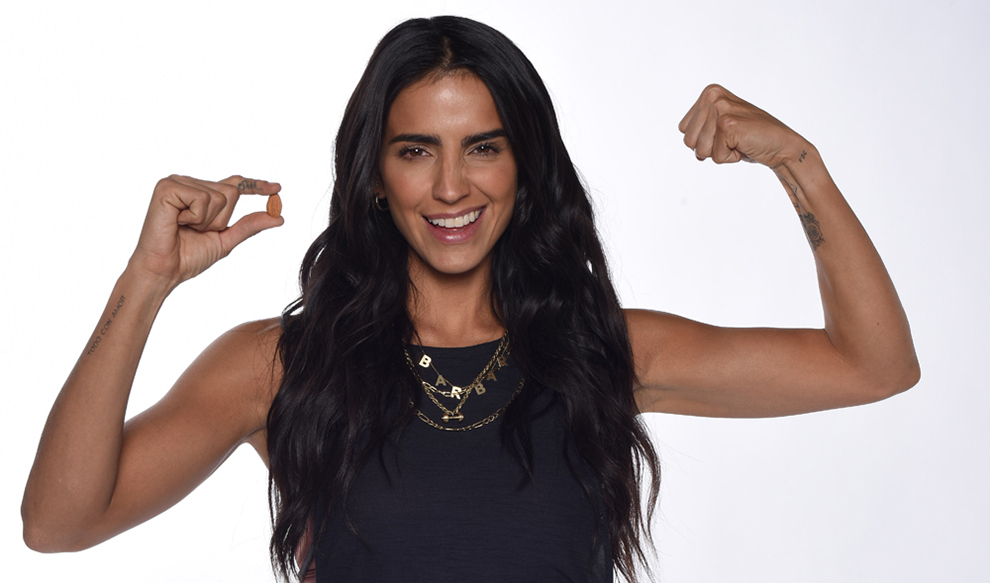 In January 2021, the Almond Board of California (ABC) launched an integrated marketing campaign in Mexico featuring famous actress and fitness guru, Barbara de Régil. This campaign, which uses eye-catching content to draw attention to almonds’ nutritional benefits, builds on the success that ABC has seen in Mexico since launching consumer marketing efforts there in 2018.

Almond shipments to Mexico have seen a 5% compound annual growth rate over the past five years, with most of that growth occurring alongside the demand-building investment ABC has made in this market over the past three years. This current crop year is also looking like a banner year for California almond exports to Mexico: As of April 8, shipments are up 12% year-to-date over the previous year.

A natural love for almonds

de Régil is well-known for starring in a TV drama series – known in-country as a “telenovela” – and for her large following on social media, where she posts about her workout regimen and offers advice on how to maintain a healthy lifestyle.

The Almond Board identified her as a perfect spokesperson for California almonds because, before the partnership began, she was already sharing social media posts about eating almonds and touting their benefits as her preferred snack. Her fondness for almonds lends her a natural credibility that ABC always looks for in influencers, especially spokespersons like herself that are at the forefront of media attention.

During ABC’s “Ponte Almendra” campaign, a television advertisement featuring de Régil aired during major sporting events, such as the broadcast of the Superbowl in Mexico and national soccer championships, and award shows, such as the Grammy’s in Mexico.

Also, in addition to advertisements featuring de Régil being plastered on the side of buses driving throughout Mexico City, a majority of ABC’s marketing investment has gone toward social media advertising. ABC’s ads featuring de Régil will air on Facebook and Instagram from January through April. de Régil also published a special TikTok video on Almond Day, February 16, which garnered an impressive two million organic (un-sponsored) views in one day. Lastly, de Régil has been posting about almonds several times a month via Instagram stories on her social media account.

The partnership has already generated media coverage in popular publications, as well, including this feature in Cultura Colectiva: 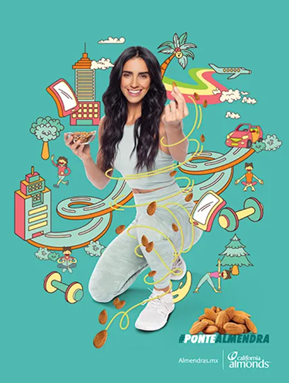 ABC is delighted with the positive energy de Régil has brought to the “Ponte Almendra” campaign. In fact, one major Mexican retailer claims they have seen an uptick in purchases these past few months due to the increased visibility almonds have in the marketplace.”

Topics: About the Almond Board