Finding new, higher-value uses for everything produced from an almond orchard – including hulls, shells and woody biomass – remains a high priority for the industry. 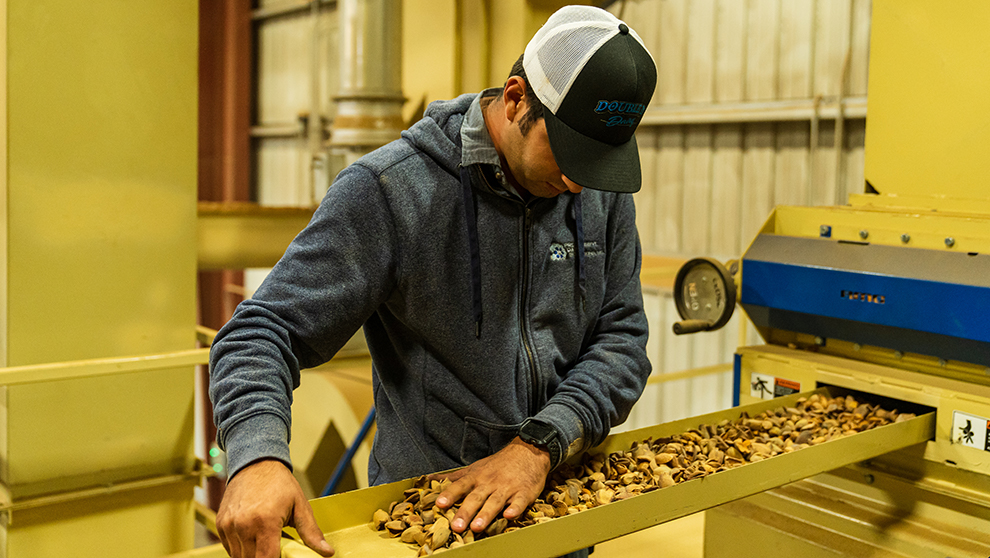 In the California almond industry, the numbers around kernel production and biomass continue to be on the uptick. In addition to a predicted 3 billion pound crop,1 estimates from the 2020 harvest forecast that this crop year the industry produced:

Processors and marketing experts have done a phenomenal job of securing homes for the nuts to meet an ever-growing domestic and international appetite for almonds. The almond industry also has done well in finding outlets for the coproducts coming out of the orchard, with hulls and shells most often going to the dairy industry and thanks to growing adoption of Whole Orchard Recycling.

As almond coproduct volume grows and the dairy industry in California slims, however, the industry is asking itself, “Can we diversify and find higher value uses of hulls and shells while continuing progress toward our Almond Orchard 2025 Goal to achieve zero waste by putting everything grown to optimal use?”

A breakout session at The Almond Conference (TAC) 2020, hosted by the Almond Board of California (ABC) last December, was devoted to answering that question. 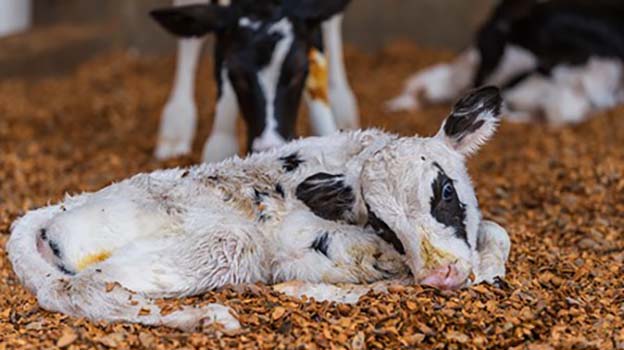 Traditionally, shells have been used as bedding for dairy cows.

Where we are today

In the past five years, ABC has invested more than $2 million in the search for more outlets and value-add options for hulls and shells, according to Guangwei Huang, associate director of Food Research and Technology at the Almond Board.

Among the potential markets for hulls and shells, some could offer greater price points for the industry if the barriers to these markets do not prove too high:

“Economics is a big factor that motivates our research programs,” said ABC’s Chief Scientific Officer Josette Lewis, Ph.D. “Finding more value for hulls, shells, and woody biomass is critical to the profitability and sustainability of our industry.”

North State Hulling is a nonprofit grower cooperative founded in 1968. In 2018 – having outgrown its original facility in Chico – the company acquired 477 acres near Hamilton City in Glenn County. The new complex includes a new processing facility, 100 acres devoted to stockpile and biomass storage, and a planned state-of-the-art biochar facility.

During the TAC 2020 session, North State Hulling General Manager Mayo Ryan said it took two years to identify the right technology to burn almond shells, generating synthetic gas that fuels both microturbines to produce electricity and large-capacity almond dryers. The pyrolysis units produce high-quality biochar that could be used as a soil amendment and for soil carbon sequestration. While much work and planning went into that process, from a financial standpoint installing a biochar facility that uses almond coproducts makes good financial sense: Ryan estimated that the cost of the facility will be paid off in four years or less.

“We won’t have a power bill for the foreseeable future,” he said. He expects the whole system to be up and running later this year.

Ryan said “just about anything” can be burned in the biochar machines, including almond trees that have reached the end of their productive lifespan.

“That really closes the loop when it comes to harnessing the carbon in trees and putting it to good use,” he said. “It’s a perfect carbon cascade taking almond shell and woody biomass, creating biochar with it and putting it back into local almond orchards.” biomass is critical to the profitability and sustainability of our industry.” 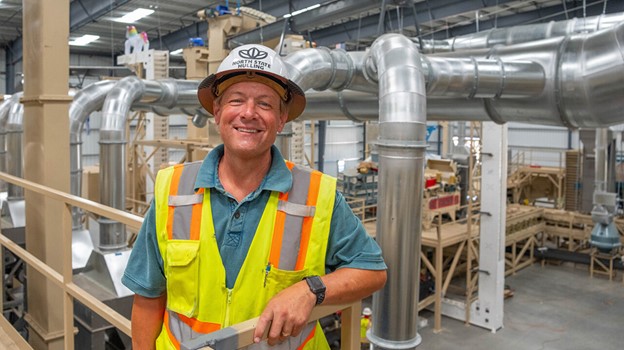 “Everything we are doing here makes sense financially,” Ryan told ABC in September 2020.

What’s more, all the energy produced will be clean and create no harmful emissions.

“During the process leading up to this new facility, we met with the Glenn County air manager and, in terms of air quality specifically, he loves what we’re doing,” Ryan said. “We are completely emissions neutral because the air scrubbers remove all emissions from what’s burned.”

Lewis said North State Hulling is the only huller/sheller with a biochar facility, which she called a “model to watch in the industry.”

“We wanted a slow pyrolysis technique that produces a biochar product as well as synthetic gas to make the system self-sustaining,” Ryan explained. “The clean gas runs our turbines and dryers. It also produces wood vinegar. All those products make us profitable and allow us a decent return. Shell income will now contribute substantially to our bottom line.”

David Pohl, co-owner and president of Hughson-based Pohl & Holmes, Inc., also participated on the TAC 2020 panel. Pohl & Holmes, Inc. has been processing almonds since 1986, and Pohl said there has been “significant” change in the way they do business since their inception. 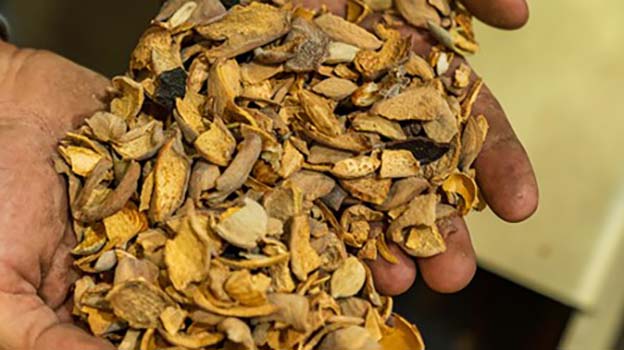 “If you bring me something marginal, you’re going to get the same thing back,” said Pohl.

The huge expansion of acres devoted to almonds in California – combined with dairy consolidation as well as dairies moving out of the state – have further increased the need to find new and more profitable uses for hulls and shells, according to Pohl. He said the sheer volume of nuts grown today means his huller/shellers are running for four to five months to keep up with processing demand, as compared to operating just 45 days decades ago.

One of the changes Pohl’s company made many years ago was to charge growers on the incoming field weight. With the new development of many foothills properties, he said as much as 20% of the weight of incoming loads came from sticks, twigs, rocks and other debris that had to be sorted out by the processor.

Financially incentivizing growers to come in with cleaner loads has worked well in saving processors time to sort the product as well as increasing the value of hulls and shells, Pohl said.

“I think cleanliness has improved,” he said. “If you bring me something marginal, you’re going to get the same thing back.”

ABC’s Huang said the quality of hulls and the lack of foreign materials is an important component to maximize their value for other uses, including animal feed.

“The inconsistent quality of the product has been an issue in the past,” he said. “But today, with a much cleaner product, we have to communicate to dairy farmers that commercial-grade hulls are available and make for as good a feed source as other options.”

Added Lewis, “Livestock producers look at cost as well as the quality of feed. Having sticks and foreign material in the product is not good for addressing either priority.”

Pohl credited the Almond Board as well as the Almond Alliance of California for helping to open export markets internationally for hulls and shells. Shipping costs associated with the weight of hulls remains a factor to moving them nationally or internationally.

“We’ve got to figure out ways to make hulls less bulky if we’re going to move them longer distances, like to China,” Lewis said.

To address this challenge and others, the Almond Board will continue its efforts to help the industry find higher value uses for hulls, shells and woody biomass, conducting research, communicating with trade organizations, and working every day on the industry’s behalf to help it advance toward the farm of the future.

The presentation slides from the breakout session on adding value can be found here.