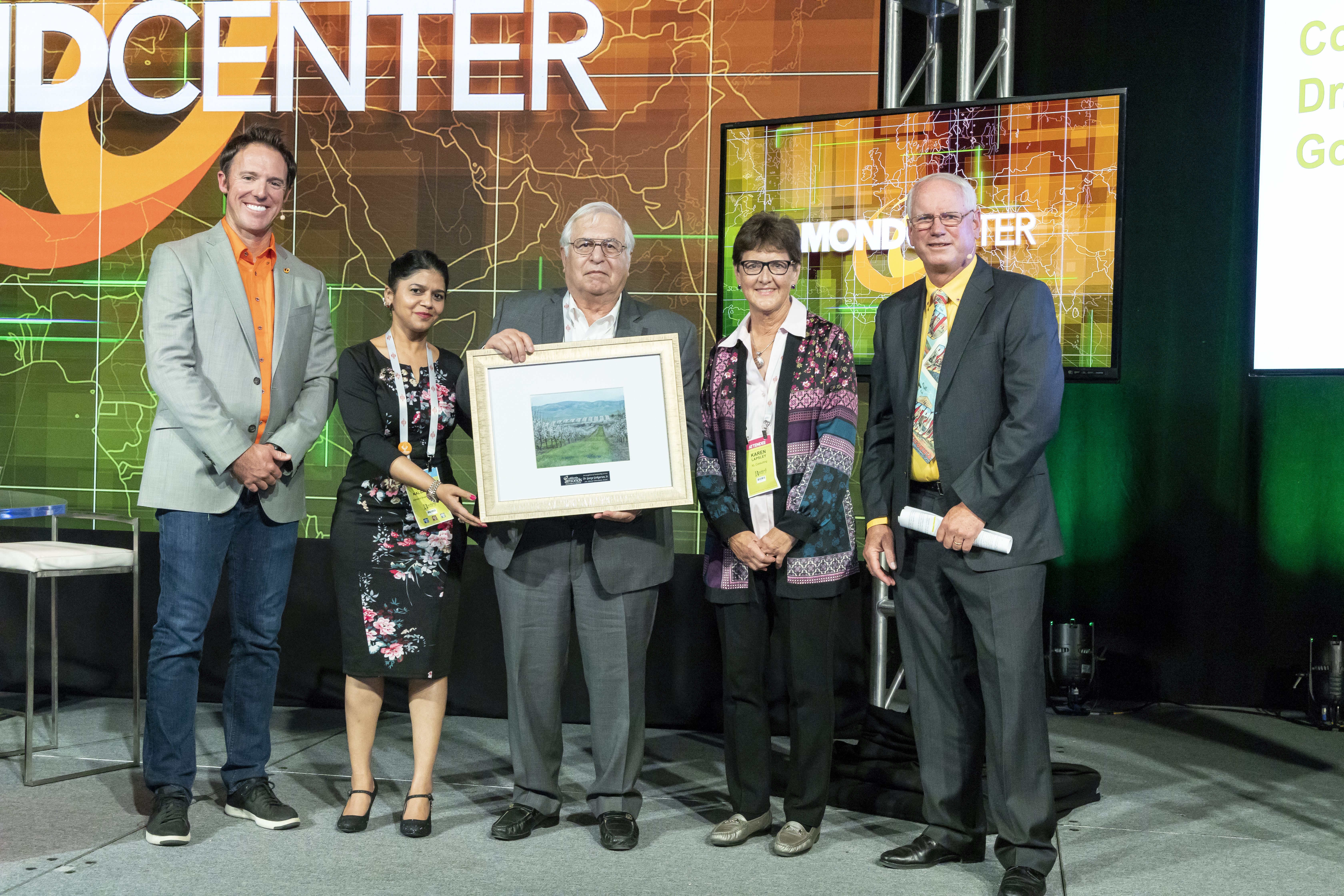 Dr. George Goshgarian, Sr. is known for helping to tell the world about the nutritional value of almonds. For his important work and lasting impact, Goshgarian was honored in December at The Almond Conference 2021 by being chosen for the Almond Achievement Award, which has been presented each year since 2011 to an industry or allied industry member who has added value to the California almond industry through long-term service, contributions or innovations.

Goshgarian is a retired medical doctor in Fresno County who also is an almond grower. He has been deeply involved in the industry for more than 20 years as an ABC board member for nine years and chairing the Nutritional Research Committee for 13 years.

It is in that final role that Goshgarian established what may become his primary almond-related legacy.

“His contribution to the industry can be seen clearly in all the almond health messaging around the world,” said Mike Mason, president of Mason Farms in Kern County and a former ABC board chairman. “George was part of the industry when almonds and nuts were considered unhealthy. Through his leadership and subject expertise, he brought the almond science to life and helped almonds lose the stigma of being unhealthy and instead become known as a healthy food.”

Bill Morecraft Jr., senior vice president of Blue Diamond Growers, echoed the importance of Goshgarian’s impact on how almonds are now perceived by consumers and others.

“His efforts have been directly supportive of changing the health perception of almonds from fatty and high in calories to the position almonds enjoy today, viewed as a healthy, whole food and part of a good diet,” Morecraft said.

“ There is not a grower in the state whose prices have not benefitted from the work (Goshgarian) has guided and facilitated in the area of nutritional research.

Goshgarian also has contributed in many other ways to the success of the almond industry. He has served on the Blue Diamond board, supported multiple programs to mentor the next generation of industry leaders and been among the first to adopt forward-thinking farming practices in his own orchards.

“I remember the first meeting I went to with him as I had just been appointed as an alternate to the Almond Board,” said Christine Gemperle, co-owner of Gemperle Orchards in Stanislaus County. “I distinctly remember him saying, ‘We have to get harvest off the ground.’ My first thoughts were of disbelief. How were we going to do that? It was impossible in my mind.

“But here we are today moving in that direction working to make the impossible possible. But back then George didn't see the impossibility of it -- he saw the necessity of it as it impacted our labor force, our communities and our reputation. Here was a man who recognized the importance of our industry moving forward and leading the world in agricultural advancements.”

Kurt Waananen, director of research and development for Blue Diamond Growers, said Goshgarian’s contributions to the industry have been enormous.

“Between growing almonds at Goshgarian Enterprises, leading a critical ABC committee, and serving on an industry Board of Directors, it is hard to imagine someone making a bigger impact on our industry,” he said.