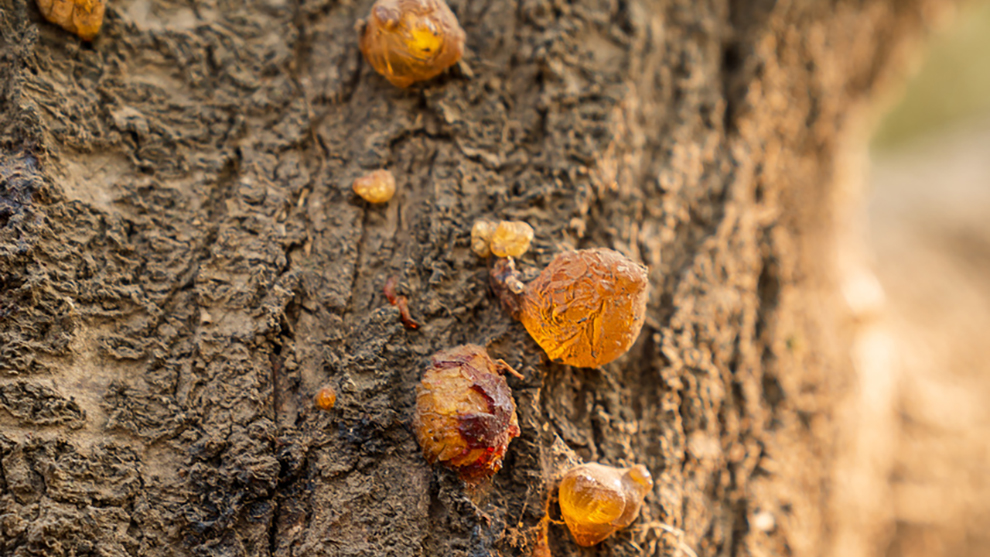 Band canker was reported first in the late 1960s as a minor problem in California almonds – over the years, its occurrence had been very sporadic in the northern San Joaquin and Sacramento valleys.

However, in the last decade or so, University of California Cooperative Extension (UCCE) farm advisors, as well as pest control advisers and growers from various counties, have reported and/or submitted numerous trunk samples from young almond trees with presumed band canker symptoms. Over the last few years, surveys and diagnoses have revealed that this disease is prevalent in several major almond-growing counties, including Stanislaus, San Joaquin, Sacramento, Yolo, Solano, Yuba/Sutter, Colusa, Glenn, Butte, Tehama, Madera, Merced, Fresno, and even as far south as Kern County.

In an effort to support the almond industry in identifying and combating this disease, myself and a team of researchers and experts conducted research to better understand the severity of band canker in almonds and also to determine which disease management strategies may work for almond growers.

Understanding the disease: the pathogens

Disease epidemics caused by band canker pathogens are complicated. Asexual spores, called conidia, are considered the most common reproductive inoculum source for band canker and can be affected by interrelationships of the specific pathogen, the plant surface microorganisms, the physiological stage of the host, and the environmental conditions. For example, conidia require water to spread, germinate, and infect plant tissues. In addition, the ambient air temperature must be favorable, and the host plant must be susceptible.


In our Mediterranean climate, rains occur in winter and early spring when temperatures are relatively low, allowing conidia to spread and initiate infections. These infections do not immediately develop into disease because of the unfavorable temperatures and physiological stages of the tree. However, the infections do establish in the plant epidermal layers and “wait” until the physiological stage of the tree changes and environmental conditions become favorable (high temperatures). These infections are called “latent infections” and the duration of time without any disease symptoms developing from a successful infection is called “latency.” During the latency period, the pathogens exist in close association (parasitic phase) within the almond trunk tissues.

Band canker symptoms include amber-colored gummosis (or gummy galls) exuded on the trunk, usually in a band pattern (Figure 1). Upon scraping the bark, one can see continuous or intermittent black tissues underneath. When using a lens, one may observe spore fruiting structures (called pycnidia and/or pseudothecia: see Figure 2) on the bark.

Figure 1: Band canker symptoms on the trunk of an almond young tree.

Research conducted by myself and a team of experts and researchers allowed us to witness a dramatic example of how severe the damage from band canker can be: We studied an orchard located in Kern County where, within a two-year period, the grower removed and replanted 1,700 trees because of band canker infection.

Isolates taken from the bark of trees with typical band canker symptoms consistently produced fungi species that belong in the fungal family Botryosphaeriaceae. While initially this disease was attributed to Botryosphaeria dothidea, molecular analysis showed that eight different Botryosphaeriaceae species can cause the disease. Among these, the most aggressive and frequently isolated are Lasiodiplodia, Neofusicoccum, and Botryosphaeria (Interbitzin et al. 2010).

Over the last decade, first, second and third-leaf orchards have shown high levels of band canker incidence, much higher than that of previous decades. Previously, detection of the disease was associated with an external source of inoculum (i.e., riparian trees along canals or older walnut orchards next to the almond orchard; see Figure 3). However, in recent years, severe infections have been found in young orchards in which the disease was distributed uniformly throughout the orchard, attacking the susceptible Nonpareil variety (Figure 4).

Figure 3: Spread of band canker in a third-leaf Nonpareil/Padre almond orchard from the source of inoculum located in riparian trees along the irrigation canal next to the east border (notice that there is no disease among the trees at the west side of in the orchard).

The apparent uniform pattern of this disease brought our team to hypothesize two theories:

The first hypothesis was rejected because in many young orchards with severe and uniform occurrences of band canker, detection of any obvious source/s of inoculum within the proximity of these orchards was not present.

Therefore, we focused our research on the second hypothesis: infections may pre-exist in the young trees as latent infections, and after planting the trees in the field these infections develop to disease with apparent symptoms (gummosis, cankers, and tree death).

Previously it was very difficult to identify or isolate the pathogens using a conventional plant pathological methodology. However, we designed and developed a very sensitive and efficient analytical method (qPCR assay) by using pathogen-specific DNA primers and a specific protocol for DNA extraction from plant tissues to target the specific pathogen groups.1 Using this analytical tool, we were able to study and figure out where these initial infections of the Botryosphaeriaceae pathogens originated and how the disease can develop in such young orchards.

To make this determination, we collected healthy looking (symptomless) almond shoots from first, second, and third-leaf orchards and, using the qPCR assay, we detected latent infections even in newly emerged and one-year-old almond shoots (Figure 5). We also found the existence of some of these pathogens in newly emerged and one-year-old shoots, which supports the hypothesis that symptomless trees have latent canker pathogen/s infections by the time they are planted in the commercial field.

When trees from two nurseries were processed, three fungi (two causing band canker) and a species of Cytospora (a pathogen causing Cytospora canker) were detected in very high levels (Figure 6). The nursery industry takes all kinds of proactive measures, including treating nursery stock material with fungicide, to reduce any type of infection.

These results suggest that additional treatments may be required, first to improve the methodology and treatments done in the nurseries and second to introduce new cultural practices that suppress disease development and protect the newly planted trees in the orchard.

Figure 6: Latent infection levels can vary among different cultivars and nurseries, and in some cases can be very high (i.e., nursery 1).

Similar levels of these fungi were also detected in budwood collected directly from mother almond trees. When processed with the qPCR assay, budwood obtained from two nurseries showed DNA detection (and thus the latent infections) of Cytospora spp., Neofusicoccum spp., and Phomopsis spp. at different levels among nurseries and varieties.

These results imply the possible risk of budwood material that may be carrying these pathogens and can cause canker diseases in young trees after being planted in the field. However, these findings should be further confirmed and compared with large numbers of conventional isolations, using multi-year assessments and working with more nurseries.

Based on our findings and the mechanism of band canker epidemics in young almond orchards, our team designed disease management strategies for early in-season applications that take into account the age of trees.

To test our hypothesis, we sprayed an effective fungicide on tissues where latent infections were located to see whether this fungicide could prevent the latent infections from developing disease symptoms. Previous studies showed that Topsin M 70WP (a.i. thiophanate methyl) fungicide was very effective against canker fungi. Therefore, young almond trees in a second leaf orchard were sprayed in early March at a 1.5 lbs. per acre. The spray was done mainly to sufficiently cover the trunk and main scaffolds of these young trees.

The disease was then evaluated in November (about six months after the spray) and showed that the application of Topsin M 70WP significantly reduced the incidence of band canker disease when compared to the untreated trees (Figure 7).

These results indicate that when Topsin-M is sprayed on the trunks of young almond trees – before the expression of any symptoms of band canker disease develop – growers can obtain a significant reduction in the incidence of band canker up to 10 months after the applications.

However, the increased incidence of band canker on treated trees recorded 15 months after Topsin-M applications suggests that one spray may not be enough to control the disease. Instead, annual sprays in early spring may be needed to maintain suppression of the disease at low levels and to protect the trees from external infections.

The Almond Board will continue to report on new research and findings related to band canker as they become available. If you have any immediate questions, please contact Dr. Michailides at tjmichailides@ucanr.edu.