Innovation always has been part of the almond industry. That includes exciting research about new almond varieties intended to meet the changing needs of consumers, end buyers and fast-growing export markets. 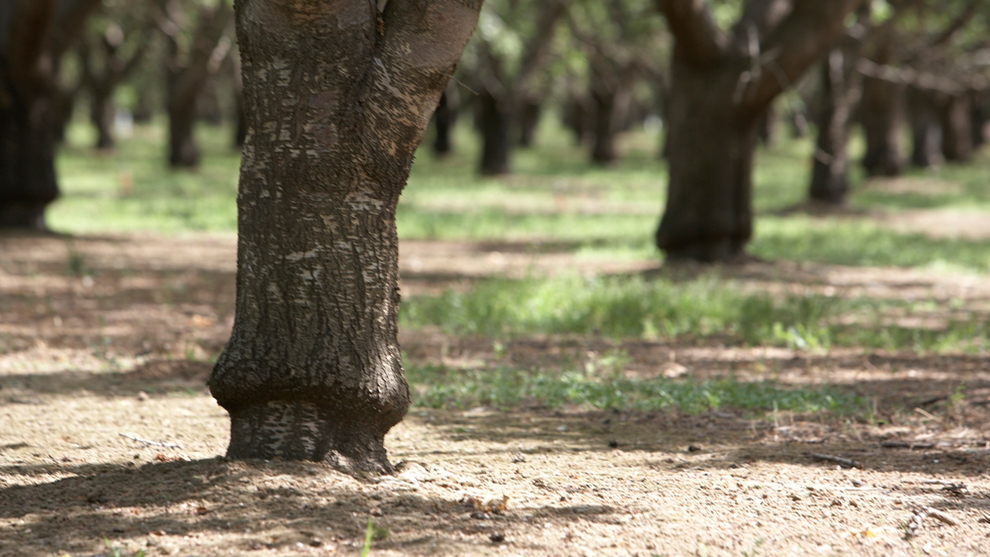 There are about 70 different varieties of almonds grown around the world. California orchards produce about 30 varieties, though 13 of them – with Nonpareil dominating – account for 98% of what is regularly grown. While other countries may grow multiple other varieties, when it comes to total production California remains on top, producing more than 80% of the world’s almonds and supplying millions of pounds annually to more than 90 export markets.

Still, California growers and handlers must continue to adapt to provide almonds that satisfy shifting consumer appetites, end-buyer demands and other market forces. What a confectionery business or chocolatier wants in an almond can vary greatly from what someone snacking in India or China wants, which can differ largely from what a company producing almond milk in the U.S. wants.

The diverse uses for almonds and ever-changing preferences continue to influence demand for specific kernel characteristics such as flavor, appearance, shape, texture and color. Similarly, to continue improving not only what we grow but how we grow, the industry is looking into almond varieties that check horticultural boxes, including the ability to produce more pounds per light intercepted and self-compatibility.

Recognizing the need to constantly innovate and maintain high demand for California almonds, the Almond Board of California (ABC) began funding almond variety development research in the early 1970s and expanded that effort in the late 1980s to include rootstock breeding. Over the past 20 years, this research has delivered five new University of California (UC) varieties – Padre, Sonora, Kester, Winters and Sweetheart – and supported testing of most commercial varieties and rootstocks for overall performance, resistance to pests, diseases and abiotic stresses. The research has kept California on the cutting edge of almond production globally.

Now, for the first time, decades of data and results from ABC’s first-ever Crack Out Day (an event held last November at which industry members tasted and compared more than 60 almond varieties from around the globe) have been pulled together in a comprehensive breeding report. For growers looking to replant their orchards as well as nurseries and private breeders, the report offers critical information about the performance and potential promise of different almond varieties.

“The California almond industry is always looking for better and more sustainable almond varieties,” said Sebastian Saa, ABC’s associate director of Agricultural Research. “We’re convinced that through research and innovation, we’ll find varieties that produce not only more pounds of almonds, but also higher quality with reduced management costs and horticultural inputs in terms of water use, pest management and more. As technology and experience advance, it will allow us to discover better, more efficient varieties.”

Saa listed the following as some of the key takeaways and learnings provided by the report:

Breeding is an art of balancing improvements while accepting some trade-offs. To define this balance, experts must consider the various segments of the almond industry, starting with the growers, moving to the hullers and shellers, handlers, food companies and then, ultimately, the consumer. As Saa said, “Diversification is key.”

Nonpareil and other soft-shell varieties dominate the snack segment because of their shape, smooth surface and light blonde color. Mission varieties like Marcona, Butte, Padre and Fritz typically are used for natural roasted and bulk purposes, as well as in candy and chocolate applications. And California varieties like Carmel, Monterey and Wood Colony often are roasted, salted and flavored. They also are good for slicing and slivering.

Key varietal differences covered in the report include a summary of how many popular almonds grown in California are auto-incompatible, meaning they require cross-pollination between different varieties, and yet how some of the new varieties are self-compatible, requiring no cross-pollination. Another horticultural distinction covered in the report is crack-out percentage and double percentage. California varieties and some Australian varieties have a high crack-out percentage (kernel-to-shell ratio). In addition, the report discusses different varieties’ tendency to produce kernel “doubles,” and finally, maturity rate and its impact on harvest timing is also mentioned. Armed with this knowledge, said Saa, growers can be more flexible and have more operational diversification.

“If you have only one variety that you need to harvest within a narrow window, you put a lot of demand on your resources at one critical point in time. However, when you have multiple varieties that you can harvest sequentially, you can leverage your equipment and maximize your resources,” Saa said.

Looking ahead to the future of breeding

Creating new almond varieties is a slow and complex process. It can take as long as 15 years to develop a new breed and then another 10 to 15 years to truly test it.

“Once you develop a variety, you need to see how it performs under differing weather and environmental conditions — and there’s only one harvest per year,” Saa said. “So in order to be confident in a new variety, we need to test during multiple harvests across the valley. Today, we’re trying to do that more efficiently than ever before.”

To provide a mechanism to evaluate new varieties across the diverse almond-growing regions in the state, the Almond Board began funding long-term and multi-locational Regional Varietal Trials (RVTs) almost 50 years ago. The first trial ran from 1974-1981 and the second from 1993-2006.

The current RVT – involving orchards in Butte, Stanislaus and Madera counties, all planted with 30 identical varieties – began in 2014. Saa expects the study to last until 2025. ABC coordinates with the UC’s research system on the RVT, and the UC provides important contributions from the leading plant nurseries and private breeders in the state.

Saa said some important characteristics that researchers will evaluate in RVTs moving forward include:

Growers interested in ABC’s RVT are encouraged to check out UC Davis’ Fruit & Nut Research & Information Center, as updated information from the ongoing RVT is expected to be published on the center’s website in early 2021.