The time to deal with ants is now – before harvest

If almond growers have sizeable ant populations in their orchards, now is the time to treat so they don’t become a major headache during harvest. 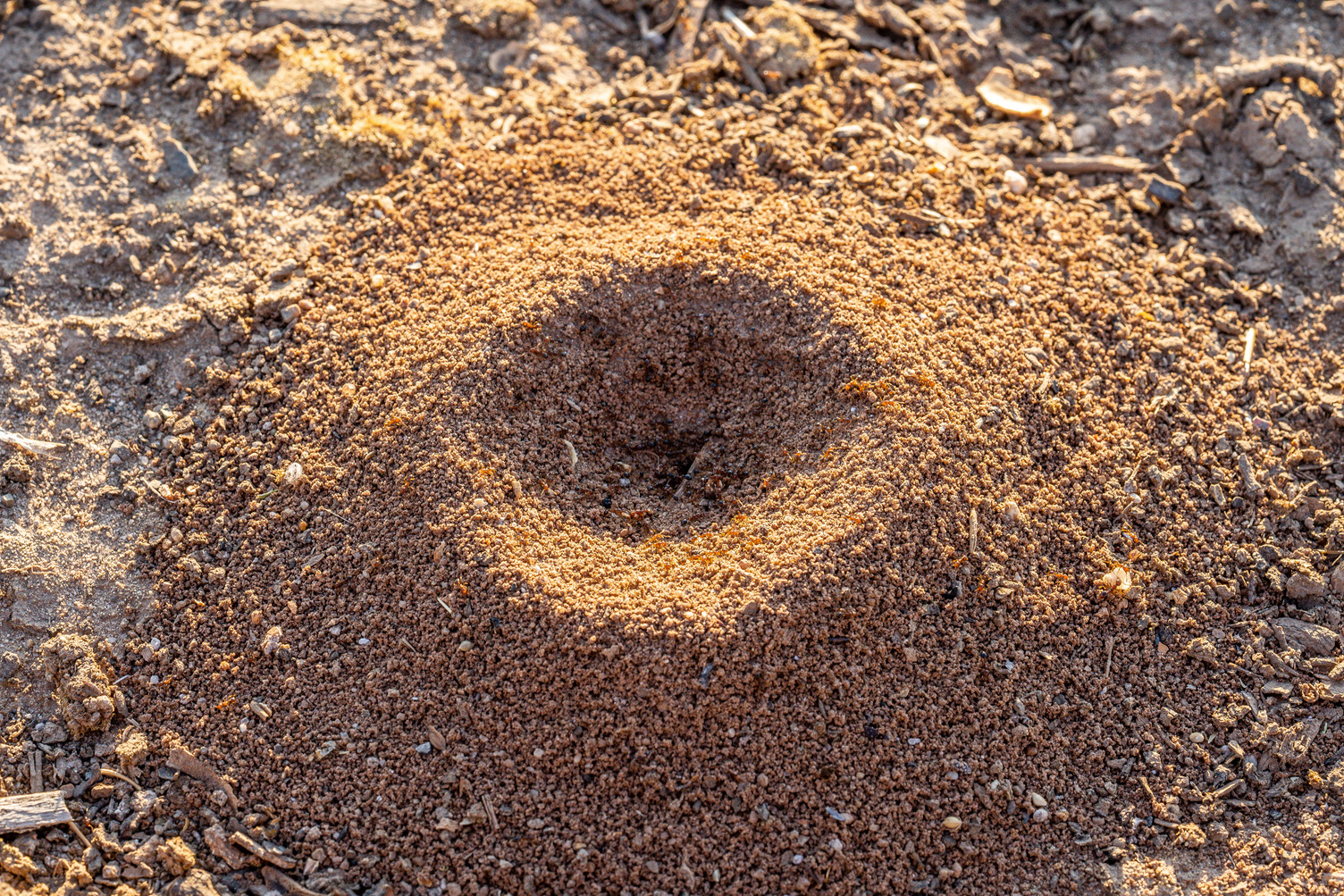 Some types of ants – the southern fire ant, the pavement ant and the red imported fire ant – crave protein. Almonds are an enticing snack for ants, which is why it’s important that growers move quickly to efficiently deal with any potential ant problems in their orchards prior to harvest. Tracy Miller, a pest control advisor with ValleyAg Consulting Services in Modesto, said most growers have already monitored their orchards at this point in the season to evaluate the number of ants present as well as what type.

The southern fire ant is more prevalent in the San Joaquin Valley. It can be aggressive when nests are disturbed and can deliver a painful sting. It tends to nest on the edges of wet areas or in the middle of rows, especially in weedy spots.

The pavement ant is found in the northern San Joaquin Valley and Sacramento Valley, often in sandy or loam soils, also frequently at the edges of watered areas or in the middles.

The red imported fire ant – though less common – also has been found in the Central and southern Valley regions. It is characterized by the knolls it builds that Miller said sometimes can be mistaken for gopher mounds.

Miller advises growers to walk their orchards – especially early in the morning and at sundown, when ants are most active – looking for signs of ants.

“What I look for is the number of mounds I find in a five-minute walk in a field,” he said. “One or two, that is very low pressure. I’m not going to push a grower to treat in that instance. If I am walking through a field and, ‘There’s one, there’s one, there’s one,’ that’s moderate pressure. High pressure is mounds between most trees.”

Growers with heavy, clay soils that develop cracks outside of areas wetted by sprinklers or drip hoses should check for ants that may be nesting down inside those cracks. If there are soil cracks, there won’t necessarily be ant mounds in the orchard to indicate that the ants are present, Miller said. Some growers chop up hot dogs or set out potato chips overnight, then check the next morning to see how much has been eaten by ants.

Treatment for ants typically should begin in mid- to late May and early June with insect growth regulator (IGR) insecticides. Miller advises clients to apply pyriproxyfen 10 weeks before they anticipate shaking and methoprene six to eight weeks before harvest begins.

Both insecticides take time to produce results. They are spread at a rate of 1 to 2 pounds per acre. Worker ants take the bait back to the nest, where it is eaten by other ants as well as the queen. Eventually, the workers die off and the queen goes sterile, reducing the cycle of new ant generations.

Abamectin is another insecticide that works in a similar way, usually in two to three weeks. Its advantage is that it can be spread closer to harvest.

“I want that bait to go out at least 30 days before the first variety is shaken,” Miller explained. “If we’re going to shake on the 15th of August, I want that bait out by July 15.”

A fourth option is metaflumizone, which kills worker ants in five to seven days but isn’t always as effective on queens, according to Miller. Most growers using metaflumizone will apply it seven to 10 days before they are going to shake.

Ground needs to be dry

In all cases, applications should occur when the ground is dry – at least two or three days pre- and post-irrigation in orchards that use flood irrigation or sprinklers. The best times to apply are early in the day or at sundown, when ants are most active. For growers with micro-drip systems, treatment for ants in the middle of rows can happen at the same time irrigation occurs because the wetted area is so small.

Miller cautioned against applications when temperatures are 95 degrees or warmer because the soybean oil in the insecticides can become sticky and gum up applicators.

For growers with cover crops, Miller recommends mowing the crop before treating for ants. “More organic mass makes it harder for ants to get the bait,” he said. “You want the bait right on top of the soil. The best way to actually achieve this is to spray the cover crop first with an herbicide and then mow it down seven to 10 days later."

The threat posed by ants is serious. They may be small but are voracious eaters and can squeeze into tiny openings in hulls and shells while almonds are drying on the ground. “Ants often are right where we windrow the almonds,” Miller said, “so you’re putting the food source right on top of them.”