Inconsistency between various countries over what residue levels are acceptable in almonds and other U.S. agricultural products can quickly create challenges and frustrations for producers. 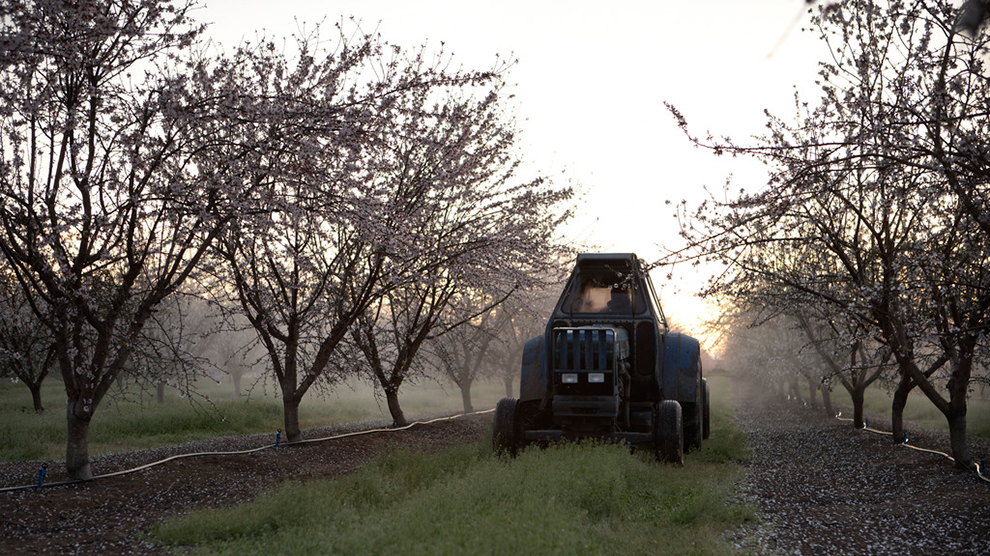 California almond growers often do not know exactly where their product ends up: It could be sold and consumed domestically or – as California produces 80% of the world’s almonds – it’s perhaps more likely they will be exported to one or more international markets, where food safety rules and regulations can vary from country to country.

Such regulatory inconsistency across country lines can create major headaches not only for growers but also for handlers, especially when it comes to meeting different standards for global Maximum Residue Limits (MRLs). Simply put, MRLs (called “tolerances” in the U.S.) govern the acceptable levels of pesticides in or on food. Because of inconsistencies, a load that meets standards in the U.S. can be rejected in another country that maintains different standards.

While MRL disharmony has been an issue for quite some time, the pace at which it has grown has risen significantly over the past couple years. This is due to increased testing by importing countries, more countries establishing their own MRLs systems, and Europe, in particular, taking a very precautionary approach.

What’s more, as agriculture has experienced in California, some of these decisions are not based on a scientific risk assessment process, but rather political decisions in response to public concerns about certain compounds. Thailand, for example, as of June 1, 2020, voted to end the use of chlorpyrifos (Lorsban) and paraquat (Gramaxone), and is now working to remove existing MRLs. Further, Vietnam announced the last use date of glyphosate (RoundUp) allowable for products imported into the nation will be June 30, 2021, and Vietnam is also working to remove associated MRLs.

To address this ongoing issue, last year the United States Trade Representative (USTR, which works on developing and maintaining international trade agreements) asked the United States International Trade Commission (USITC) to develop a report on the impact of MRL disharmony on trade. With that charge, USITC set out to better understand the MRL landscape internationally and its potential economic consequences.

The USITC released the first part of its analysis this summer. The report explains the difference in MRLs between multiple countries and their impact on trade globally. It also discusses how MRLs are set, as well as differences in policies in different countries and examples of trade impacts.

Gabriele Ludwig, Ph.D., director of Sustainability and Environmental Affairs for the Almond Board of California (ABC), said this report is important because “it’s the first time all these issues have been pulled together and analyzed in one place.”

She believes the report will do two things: elevate the topic of MRLs within the U.S. government, and potentially lead to the formation of coalitions in different countries that collectively push for more regulatory consistency.

“For example,” said Ludwig, “can we work jointly through the World Trade Organization or the Organization for Economic Co-operation and Development to create change? Further, can we maintain technical expertise at EPA and USDA for international engagement with risk assessment processes?”

A second part of the report – focused on economic impacts to U.S. agriculture, specifically – is expected to be released late this year.

The Almond Board, through Ludwig’s involvement in these issues, provided USITC with background on trends in MRL setting and impacts she has observed over the last 15 years, in addition to examples of the problems they pose for U.S. growers and handlers.

“Fundamentally, the concern is, ‘Do we as a society believe in using scientific risk assessments to balance the risk and benefits of pesticides, or do we look to elected officials to decide what’s best and let those decisions be impacted by ever-changing public perceptions?’ We need to ask ourselves, ‘Do we have a fair measuring stick?’” Ludwig stated.

Though Ludwig said it is difficult to quantify the precise economic impact of varying MRLs on the California almond industry, she recognizes the inherent frustration that such inconsistency creates for growers and handlers.

“You cannot just grow your crop to meet the specifications of certain MRLs because some of your nuts may go to Japan or Europe or Hershey, Pennsylvania. You just don’t know,” she said.

The International Maximum Residue Limit Database provides a public list of MRL tolerances by active ingredient and export market. However, to assess what is coming, as many changes in MRLs do not account for the shelf-life of products like almonds, Ludwig recommends growers speak with their handlers to stay abreast of regulatory changes. She said that just because a country lowers or removes an MRL, that does not always mean the product cannot be used in almonds. If there are no detectable residues from the use, then the change is less likely to impact its ability to be used.

Those with questions about ABC’s work in this area are welcome to contact Ludwig at gludwig@almondboard.com.