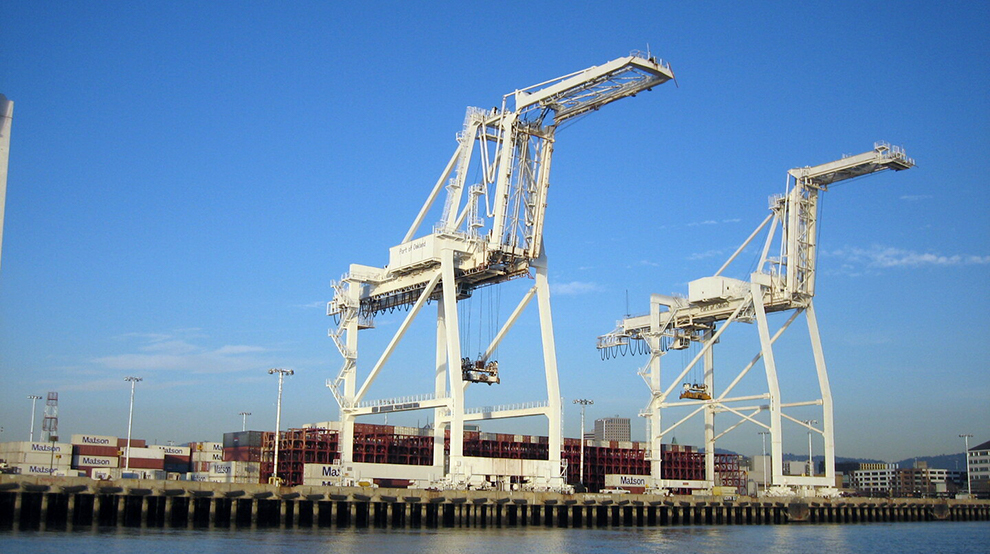 After harvest, an almond travels a long and twisted route before it meets its end consumer, from the time it is shaken from a California tree until it ends up in a candy bar in Switzerland, or baklava served at an Algerian wedding, or tea-flavored almond milk in Japan.

From point A to Z, there are many hurdles and barriers for almonds as they head to destinations in more than 100 countries around the world: they will see difficult inspection procedures, varied food safety regulations, excessive tariffs, and flat out bureaucratic red tape. Fortunately for the industry, skilled U.S. trade officials team up daily with the Almond Board of California (ABC) and others to make sure almonds make it to their destination as seamlessly as possible.

“While most shipments make it to their customers overseas with no disruptions, some consignments get held up in foreign ports for a myriad of reasons,” said Geoffrey Bogart, principal specialist for Global Technical and Regulatory Affairs at the Almond Board.

“Delayed or rejected consignments are not only inconvenient, but are costly to handlers, traders and their customers,” Bogart said. “Key to ABC’s ability to address global regulatory issues in real time is the support provided by the U.S. Department of Agriculture’s Foreign Agricultural Service (FAS) officers and local staff.”

That was the recurring message as Bogart moderated a panel during The Almond Conference 2020 last December, during which four FAS officials from around the world discussed their work to address trade barriers and grow foreign markets for almonds and almond products.

One of the most complex and important markets discussed was the European Union (EU), where exports of California almonds were worth about $1.25 billion in 2019.

Bruce Zanin, agricultural minister-counselor with FAS’s U.S. Mission office in Brussels, Belgium, described EU food safety rules as “extremely strict” and enforced through a complex system where the central EU authority sets the rules, but those rules are sometimes enforced differently depending on the interpretation of many different national governments.

The situation was particularly challenging in 2017 and 2018, when unusual weather conditions in California led to higher aflatoxin levels in almonds. This triggered increased inspections and costs.

Zanin said FAS and ABC engaged closely to prevent an overreaction to the situation and were able to preserve the industry’s Pre-Export Check (PEC) program after a temporary suspension.

“We were able to stave off the member states so that when weather conditions improved, and aflatoxin [levels] went down, inspections went down,” Zanin said.

“I hope it is clear to you all that export success in the EU regulatory realm, which is minimizing disruption of shipments and keeping down your transaction costs, comes from a close partnership between FAS Brussels, the other FAS offices in Europe and ABC,” Zanin said. “Because of the hard work of the California almond industry and ABC, the excellent quality of California almonds is unassailable. In fact, the trade issues faced by California almonds are much less than other U.S. agricultural products. You’re doing great, despite the EU’s complicated system.”

For example, India continues to consider a high number of chip-and-scratch to be a food safety issue rather than a grading issue, despite significant evidence to the contrary. To address this, FAS and ABC have been working with India’s Food Safety Standards Authority and providing education and data. While the issue is not yet resolved, Bailey said the constant engagement has helped keep the matter from worsening.

She pointed to a successful example of engagement in 2020 when FAS and ABC teamed up to address an issue with port officials assessing the value of almond shipments based on outdated data. By intervening quickly and providing reliable data on more current values, the FAS was able to persuade port officials to adjust the valuations downward.

“While these issues pop up suddenly, unfortunately it often takes months and sometimes even years to address them,” Bailey said. “But one of the things I so admire about ABC is that they are there for the long run. Through their superlative trade servicing efforts and building of relationships, combined with working with the FAS Offices of Agricultural Affairs around the globe, they are able to have those conversations and help foreign officials better understand our grading system, the top quality of our producers and the top quality of our food safety.”

Opportunity for growth in Japanese market

Japan, among the top markets for almonds, usually purchases between 75 million to 100 million pounds tons of almonds annually, worth between $225 and $325 million. Consumption has increased over the past two decades, despite a slightly shrinking population.

“For almonds, there are prospects for continued growth, due in large part to increasing diversification of how people consume almonds,” said Morgan Perkins, agricultural minister-counselor with the FAS Tokyo office. “In particular, almond milk [consumption] has been growing very quickly in recent years, and there’s strong potential for continued growth due to messaging on the health and beauty benefits of consuming almonds.”

Though the U.S. enjoys a 97% share of the Japanese market, it is not without challenges. Japan has no tolerances for aflatoxin, so any detection above the tolerance level of 10 parts per billion leads to an outright rejection of shipments, with no in-market remediation. This, combined with Japan’s policy of testing 100% of shipments, increases costs and risk for exporters.

But there have also been recent successes. Under the U.S. Japan Trade Agreement, which went into effect January 1, 2020, tariffs were eliminated for kernel, inshell and roasted almond exports to Japan. Previously, there was a 4% tariff on kernel/inshell almonds and 5% on roasted almonds.

The agreement will also gradually eliminate tariffs on almond flour and almond milk over the next three-to-eight years.

Perkins pointed to another surprise success in promoting increased consumption of almonds, due in part to the COVID-19 pandemic: Before the outbreak, FAS had sponsored in-person cooking classes that reached “a couple thousand people” each year. Because of the health crisis, they switched to a virtual class experience.

“We’ve had a lot of success with that,” Perkins said. “We worked with some very influential YouTube personalities, and we did a series of cooking classes on the use of nuts, particularly almonds, in the Japanese kitchen. We’ve racked up over 400,000 views, so it’s been a positive experience as we shift away from in-person classes to try and promote almonds in the new stay-at-home environment.”

Agricultural Attaché for FAS in Algeria Justina Torry spoke of the difficulties of maintaining market access in a country that has been openly hostile to many imports of agricultural products. Algeria, which is not a member of the World Trade Organization, has adopted a strategy to protect domestic production by controlling imports.

Over the past three years, that has resulted in import quotas, bans of some products, duties as high as 100% and fiscal policies that led to a ban on almond imports in July 2020. Still, Torry sees hope for the future.

“Despite the import substitution challenges of the Algerian market, there is tremendous potential for almonds,” she said. “The reality is Algerians love almonds and domestic production does not meet domestic demand. Furthermore U.S. almonds have a reputation of being of high quality, and the U.S. is perceived as a reliable supplier in this market.”