Atlantic Rethink: A Part of the Solution

The Almond Board recently partnered with The Atlantic to the highlight the California almond community’s commitment to responsible farming. You can read a preview of that article here.

IN THE SPRING OF 2013, Christine Gemperle opened a piece of mail and began to panic.

At the time, California was two years into what would eventually be deemed the worst drought in state history, and Gemperle, an almond farmer since 1997, had already seen steady reductions in her allotment of irrigation water from the Shasta Lake reservoir. And now, as the letter she held in her hands from the local water utility informed her, she would receive just 20 percent of the water she typically needs to sustain the 93-acre orchard she owns with her brother in Gustine, a small city due east of San Jose. 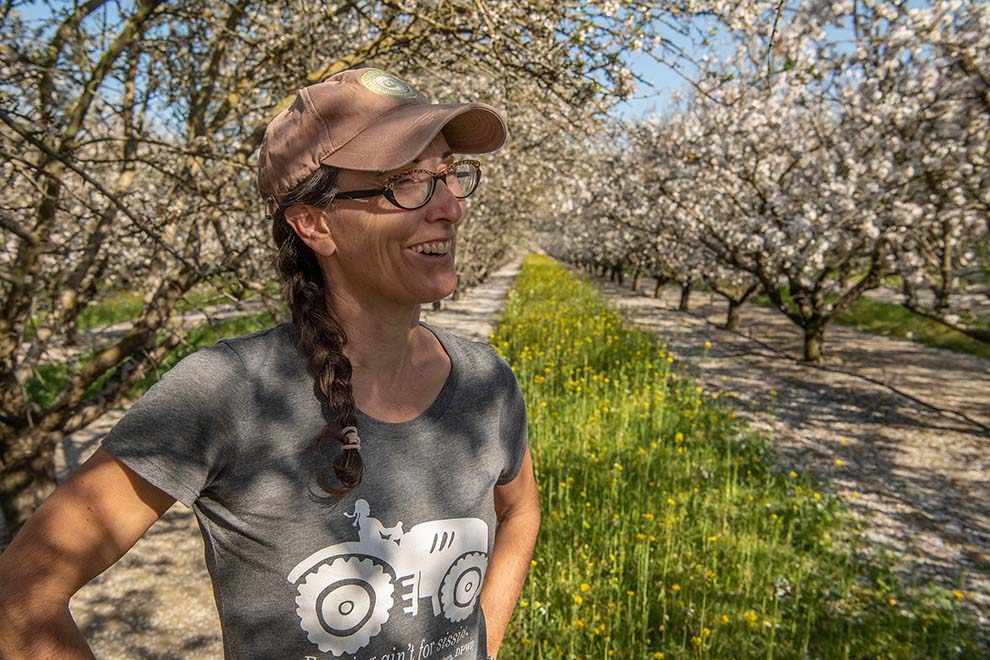 “When you first get that news, you kind of put your head in your hands,” she says. “You sit there and breathe, and you’re like, ‘Okay. What are we going to do?’”

California’s Central Valley is one of the few places in the world with the Mediterranean climate needed to grow almonds, which is why the state produces more than 80 percent of the world’s supply. Gemperle grew up on her family’s almond orchard in nearby Turlock, and while conditions were often ideal for farming there, she’d long understood that drought was part of life in California. But she’d never experienced anything like this. Neither had the rest of the state’s 7,600 almond farmers. That’s because, according to scientists, this was no ordinary drought. Climate change was driving up temperatures, increasing evaporation from reservoirs, rivers, and soil, and reducing the state’s snowpack to a historic low. While climate change didn’t trigger the drought, it was making it far worse.

Even more frightening for California farmers, the drought was an unmistakable sign of things to come. Indeed, as the planet continues to heat, cycles of drought and extreme flooding—a pattern known as “precipitation whiplash”—are expected to become far more common in the state, posing greater challenges for an industry working to meet the rising global demand for plant-based foods. “The drought was really a shot across the bow,” says Katherine Jarvis-Shean, an orchard systems advisor with the University of California.