Why is There a Federal Marketing Order for Almonds? 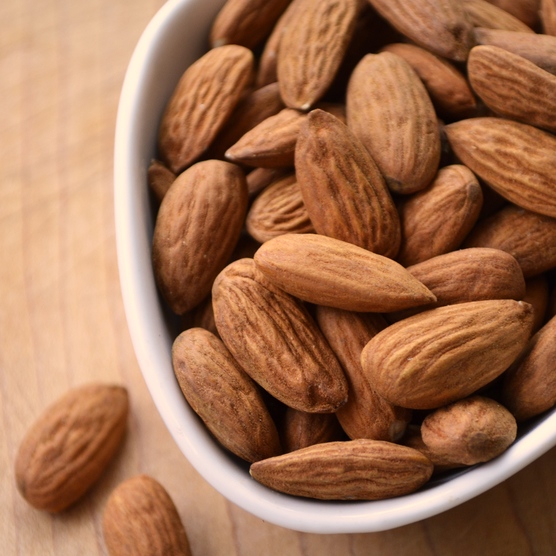 Almond growers banded together in 1950 and asked the United States Department of Agriculture (USDA) to approve a Federal Marketing Order for California almonds. At the time, the focus was primarily on compliance issues and it was originally named the Almond Control Board. Later, in the 1970s, the name was changed to Almond Board of California (ABC) in order to more accurately reflect issues beyond compliance.

Federal Marketing Orders help to regulate and promote the marketing of commodities. They bring farmers and other stakeholders together to solve marketing, environmental and production problems that they can’t solve on their own.

Today, we consider ourselves an agricultural promotion group. We work with farmers and processors to more efficiently grow almonds, as well as  to research, innovate and promote how we produce almonds in a more sustainable1 manner.

You’ll no doubt remember campaigns like “Got Milk?,” “The Incredible Edible Egg,” and “Pork: The Other White Meat.” Those memorable, successful campaigns were funded by similar agricultural promotion groups.

Federal Marketing Orders are funded by industry assessments, not tax dollars. On December 20, 2016, the USDA implemented a recommendation by the Almond Board for a limited assessment increase, raising the assessment from three cents per pound to four cents per pound for a three-year period, beginning with the 2016-2017 crop year. The increase was recommended because we anticipate almond production to increase 25% by volume in the coming years, and we need to ensure demand stays strong ahead of supply to keep our markets growing during that time. The assessment rate will return to three cents per pound after three years.

The assessment increase is good news for farmers, processors and others in the almond business. It means that ABC will now have additional funds to move forward with plans to broaden our sustainability initiatives and production research to help growers meet the challenges facing agriculture, as well as to launch new, innovative global marketing programs to support consumer demand for almonds.

Since 1973, ABC has funded more than $58 million in research in the areas of almond quality, food safety, nutrition, environmental and production. In 2016, as part of the Accelerated Innovation Management (AIM) program, ABC expanded its commitment to sustainable water resources with a new multi-faceted partnership with Sustainable Conservation, the Lawrence Berkeley National Laboratory, and UC Davis to better understand subsurface water storage, quality and movement. In addition, ABC created the Biomass Task Force, a group of almond biomass experts, industry members and stakeholders who are leading research and progress, together with the Almond Alliance of California.

1 Sustainable almond farming utilizes production practices that are economically viable and are based upon scientific research, common sense and a respect for the environment, neighbors and employees. The result is a plentiful, nutritious, safe food product.