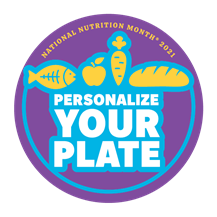 This NNM theme comes at just the right time, when the need for greater understanding of different cultures and a focus on their respective needs is front and center.  If you’re looking for culturally appropriate resources to help your patients or clients, check out the newly updated MyPlate that provides more personalized resources for patients to help them make small changes that are doable, affordable and result in lasting eating routines that promote good health.

Patients can start by taking the MyPlate Quiz, a quick self-assessment tool that provides tailored resources based answers to a series of simple questions about current eating habits. Quiz results can be synced with the Start Simple with MyPlate app to set daily goals organized by food group. Each goal can be personalized to personal preference, cultural foodways, and budget needs, and includes sample tips as starter ideas. Additionally, MyPlate Kitchen is a great resource that serves up recipes with nutrition-focused search filters, along with videos and other resources. The Academy of Nutrition and Dietetics also offers an array of materials to help practitioners address the food needs of different cultures.

Looking for ideas to help make MyPlate relevant for all of your patients during National Nutrition Month and beyond? The Academy has 40 ways to promote National Nutrition Month that are modifiable based on COVID precautions. Read more here. And, read on for almond-y ideas to celebrate NNM. You’ll find a delicious recipe for chai-spiced almond clusters, handouts on ways to enjoy almonds and all their forms – from flour to milk and more –and a summary of a recent study that investigated the link between almond eating and UVB resistance in women. Happy National Nutrition Month®!

Take a Moment to Celebrate You on March 10th!

Awareness days have a vital purpose – they remind us to shine the spotlight on often unsung heroes.  And, Registered Dietitian Nutritionists have nourished Americans during the pandemic – from working in challenging clinical settings to telehealth visits to teaching in remote classrooms.  The Almond Board thanks you! Happy RDN Day!

This snack recipe offers a wealth of warming spices combined with a satisfying crunch. For more delicious recipes, visit our Recipe Center. 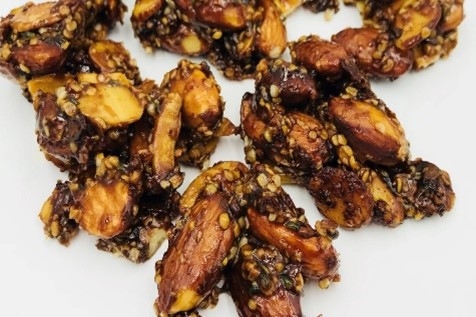 Sample Post:  Waiting for winter to be over?  You’ll love this crunchy #almond snack with warming spices to keep you cozy and nourished https://bit.ly/3cJ1PhF

As you already know well, people are always looking for the best tips for maintaining a healthy body weight and being in top health – without overhauling their entire lives.  A study1 published in Food and Nutrition Sciences, funded by the Almond Board of California, found that people who eat almonds on a regular basis (usual intake of about an ounce in the course of a day) have a lower body mass index (BMI) and waist circumference, and better health habits. Specifically, the study found:

Researchers used data from the National Health and Nutrition Examination Survey (NHANES; 2001-2010) to look at the association between almond consumption and dietary adequacy and diet quality of American adults, along with other lifestyle components. Adults ages 19 years and older from across the United States were included, which totaled 24,808 people. 395 of those were almond consumers, which were defined as those who reported consuming almonds or almond butter during at least one of their two 24-hour diet recalls.

This study suggests that almond consumers may have healthier overall lifestyle components than non-consumers, and that regular consumption of almonds should be encouraged as part of a healthy dietary pattern.  Currently, less than 2% of the U.S. population eats almonds daily, which represents a large percentage of the population that might benefit from replacing empty-calorie snacks with almonds. The healthier habits associated with those who eat almonds may inspire wellness seekers to try this healthy grab-n-go snack.

Although eating almonds may not necessarily be the cause of these healthier lifestyle factors, there is something about the portfolio of healthier habits associated with people who choose almonds.  Study limitations also include the reliance on self-reported dietary intake collected during 24-hour dietary recalls, as well as the possibility that almond consumers were misclassified, and there is a potential for residual confounding.

Almonds: The Most Versatile Nut Around