A Year for Small Changes

The New Year traditionally brings a deluge of health resolutions from clients looking to make big diet overhauls. As dietitians, you know small changes are what really stick.

Read on to learn more about the big benefits of small changes, findings from a new study on how a daily morning snack of almonds can impact body weight, and a new recipe from RDN Natalie Rizzo that ups the flavor and color in a delicious almond snack. Plus, you’ll find a link to our new State of the Science publication – offering a summary of the nutrition studies to date on almonds – along with our handout on weight management.  Wishing you a happy and healthy New Year ahead!

Human nature is to think big – more is better, bigger is better. But research from BJ Fogg, PhD, Founder of Stanford University’s Behavior Design Lab shows the opposite. To change or start a new habit, Fogg believes that “tiny is mighty” and to get a new habit to stick, you have to start super small, anchor it to something you already do and then celebrate your achievement. Say you have a client who wants to lose weight. They might increase their physical activity by doing something as small as 5 squats while they wait for their morning coffee to brew – and once they compete their squats, do a “yay me!” shout out. That one habit tends to beget other good habits. Fogg’s New York Times Bestseller Tiny Habits: The Small Changes that Change Everything is a must-read for RDNs looking for new ways to help patients and clients adopt healthy and lifestyle habits and make lasting changes.

Parmesan and parsley offer the perfect flavor and color combo to almonds in this easy-to-make snack. For more delicious recipes, visit our Recipe Center. 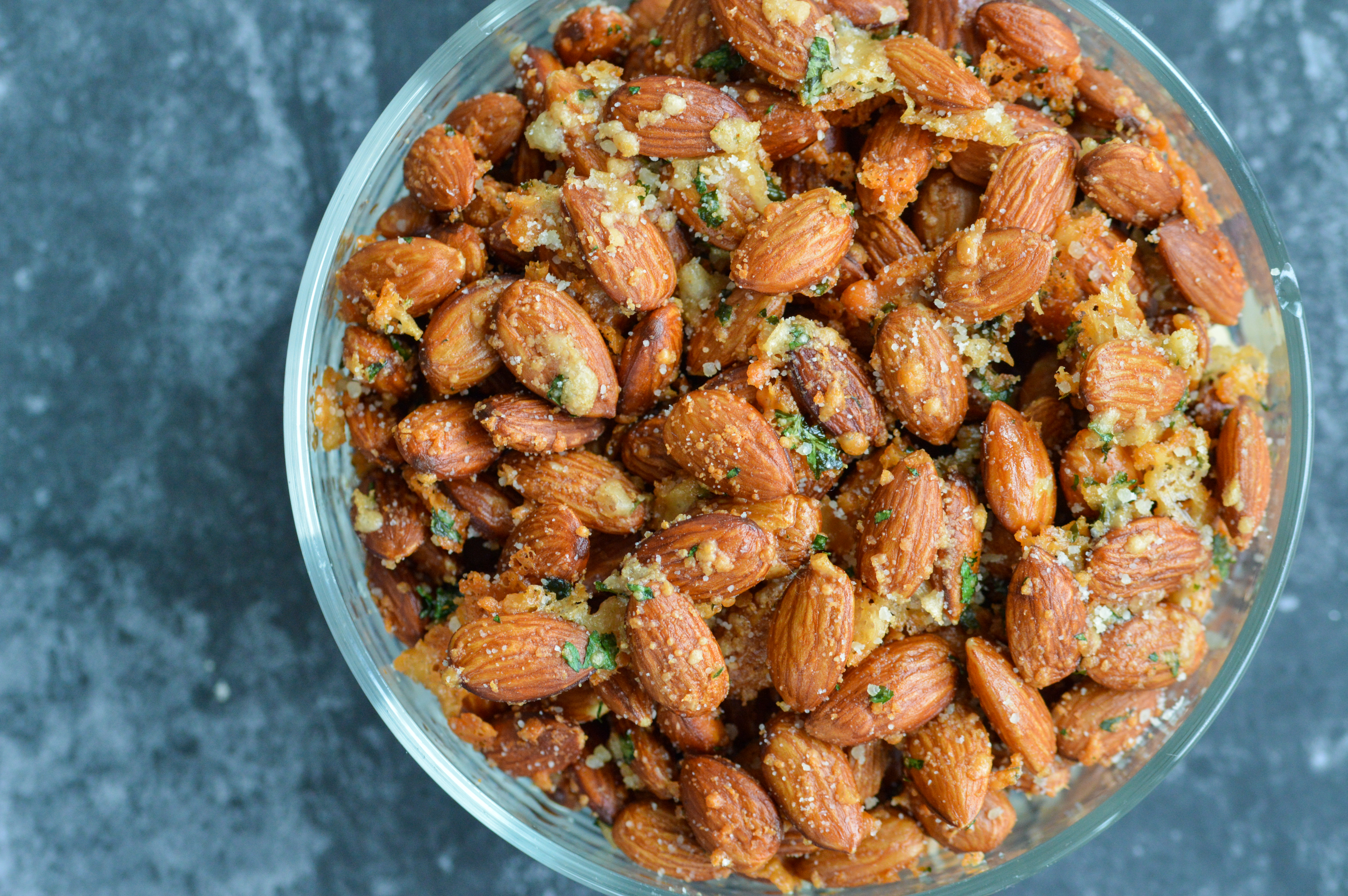 Sample Post: Craving a different taste in your snack? A little P&P gives a lot of flavor to #almonds in this recipe from @greenletes. https://bit.ly/3DcAUV5

As the New Year kicks off, so do many people’s intentions to lose weight. A new study1 , funded by the Almond Board of California, shows that eating a morning snack of almonds – one small, simple habit – in place of a high carb snack may help in shedding pounds by reducing overall daily caloric intake.

In this randomized crossover trial, 100 New Zealand adults aged 18 – 65 years ate a standardized breakfast. Two hours later, they ate their assigned snack food: either 1.5 ounces of almonds or a calorie-matched sweet biscuit. Both snacks accounted for 10% of total calorie intake. Blood glucose and appetite ratings were measured at baseline and again at 15 or 30-minute intervals after they finished eating. Two hours after the snack, lunch was offered to participants, who ate as much or as little as desired and consumption was recorded. Participants then recorded their food intake for the remainder of the day.

There were no differences in the number of calories eaten at lunch after either snack. However, based on the participants’ food intake records, those who ate the almond snack reported eating ~150 calories less (on average) over the course of the day. If sustained, this calorie deficit could theoretically result in approximately one pound of weight loss per month.

As with all studies, there were a few limitations. First, this was a short-term study, so results may not necessarily translate into long-term behavior. Secondly, blood glucose monitoring was short; over a longer time period, results may be different, since other research has shown whole almonds reduces glycemia acutely and the effects persist after a second meal. Finally, the participants were of normal weight or were overweight, so results cannot necessarily be extrapolated to other populations.

State of the Science